Artichoke has a wide variety of beneficial effects; it’s healthy and tasty, and it also helps in weight loss due to its diuretic and fat burning effects. If you want to lose weight, choose a balanced, protein and nutrient-rich diet instead of fasting. 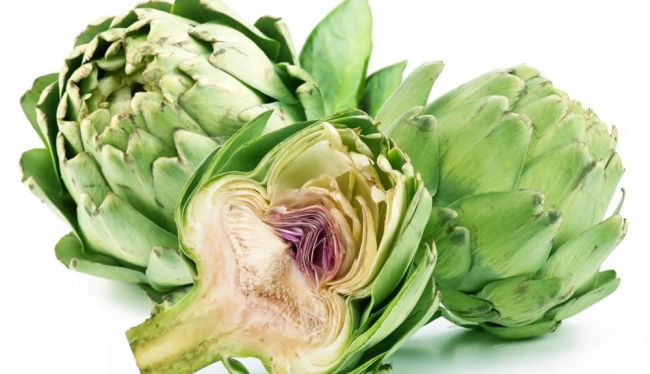 Artichoke, in addition to helping to burn fat, is an important source of vitamins B, iron, magnesium, amino acids, flavonoids, phosphorus and potassium as well.

How does artichoke contribute to weight loss?

Even though artichoke can help you lose weight, you must know that there is no miracle food that will make you thinner during sleep. There are some foods that will help the weight loss process, but a strong will, perseverance and lifestyle changes are also necessary.

Artichoke is a vegetable with special properties that help with weight loss in many ways – for example, due to its content of inulin, a slowly metabolized carbohydrate, which makes artichoke very useful for diabetics. This vegetable is also rich in fiber, thus lowering blood sugar and cholesterol levels, and preventing constipation.

Another important component in artichoke is cynarin, which stimulates the production of bile, and it has a fat burning and diuretic effect, thus preventing water retention in the body. It is also important to note that artichoke contains less than 1% fat and only 22 calories per 100 grams. So this vegetable has three ways to help you lose weight: low calorie content, fat burning effect and diuretic effect.

Other benefits of artichoke

Several studies have documented artichoke’s potential to help those with chronic liver disease:

2. As published in the September 2008 edition of Experimental and Toxicologic Pathology, researchers investigated whether pre-treatment with artichoke extract could protect against liver damage. They found that artichoke extract administered prior to exposure to a known liver toxin demonstrates the ability to prevent liver injury.

Although the liver is a clear recipient of artichoke love, there are a couple of issues those with chronic liver disease should be aware of when it comes to eating artichokes:

• Salt and Oil – Although delicious, marinated artichoke hearts may not be healthy fare. Those consuming artichokes for their health benefits are advised to carefully read the labels of marinated artichokes, because they are frequently high in sodium and loaded with unnecessary oils.

• Pesticides – Unless opting for organic produce, be aware that most commercial artichokes are highly sprayed with pesticides. Unfortunately, pesticides can be very harmful to the liver. Experts suggest washing the artichoke in a large bowl of water with a few teaspoons of baking soda before cooking to remove any pesticides.