Top Natural Remedies Home Remedies What 3 cups of coffee per day can do for your liver?

You might not be familiar with the notion of coffee as a healthy beverage. After all, this popular uplift drink received a lot of bad press and it was long believed it causes heart disease and cancer. Now, new research dismisses these claims and suggests that coffee can actually be good for you. 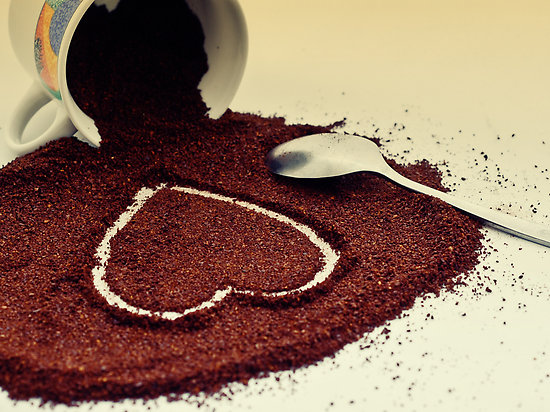 It appears that for most people, sipping freshly brewed coffee can help protect their liver and contributes to their performance and longevity. As researchers establish that 3 cups of coffee per day can form a part of a healthy diet and lifestyle, this beverage might once again become the darling of many consumers.

How come the initial research on coffee got it so wrong?

It is not uncommon for old research findings to be overthrown and replaced by new data. It seems that in the case of coffee, earlier studies didn’t consider the whole context and attributed the observed ill effects to the wrong suspect. Heavy coffee drinkers of the past often smoked and led an inactive lifestyle. It’s more likely that the adverse health effects they experienced were down to their high-risk behaviors, and not connected with the caffeine intake. Recent studies found no association between coffee consumption and increased risk of cardiovascular disease and cancer.

But, are the current research findings really the final word we’ll hear on this controversial topic? The future will tell.

The benefits outweigh the risks

It is currently believed that drinking coffee can bring the following benefits:

Some studies even suggest that drinking coffee could reduce overall mortality rates. This is, however, not true for young people consuming humongous amounts of coffee.

As always, there are some risks that come with enjoying coffee. According to research, drinking large amounts of unfiltered coffee (boiled or espresso) elevates cholesterol levels. Also, some people aren’t able to break down caffeine in the body as quickly as others due to a common genetic mutation. For them, two or more cups of coffee can indeed increase the risk of heart disease.

But, all in all, contemporary studies on coffee suggest that for most people, health benefits of this ancient beverage outweigh the risks.

An overview of research on coffee and liver function

Caffeine metabolizes into a substance called paraxanthine, which is associated with liver health. The general theory behind coffee’s success is that paraxanthine prevents the growth of connective tissue, so the development of fibrosis (the formation of excess connective tissue that disrupts the organ’s function) is postponed.

According to a meta-analysis conducted by Larsson and Wolk in 2007, two extra cups of coffee per day reduce your risk of liver cancer by 43%. Another study from 2013 showed that drinking coffee protects against chronic liver disease. In patients already suffering from chronic liver disease, those consuming coffee reduced the risk of cirrhosis.

Coffee might also prove beneficial for non-viral hepatitis sufferers. Drinking more than 2 cups per day reduced the risk of death by 66% and slowed disease progression, as established by Goh and his colleagues in 2014.

Good news for decaf lovers – it’s not just the caffeine that imbues your cup of coffee with goodness and health. There are other active substances that also carry a plethora of health benefits.

For example, kahweol and cafestol are two coffee specific diterpenes (special organic compounds) with anti-cancer potential; and chlorogenic acid and caffeic acid are two compounds credited with preventing replication of hepatitis B virus.

The idea that decaffeinated coffee also contributes to health is supported by a study published in the journal Hepatology.This large national health study included over 27,000 participants and recorded their coffee intake in a 24-hour period. The participants’ markers of liver function were measured.

The results showed that higher consumption of both caffeinated and decaffeinated coffee resulted in lower levels of abnormal liver enzymes. Dr. Qian Xiao, one of the authors, explained that their findings suggest that ingredients in coffee, other than caffeine, could promote liver health.

How much coffee can you drink?

All these encouraging data don’t mean that you can now drink unlimited amounts of coffee. There are safety limits and, as always, moderation is the key to health.

How much coffee one can drink before experiencing the negative effects of caffeine overdose, depends on each individual. Age, weight, medical history and tolerance for coffee all need to be taken into account.

According to Mayo Clinic, the safety limit for most healthy adults appears to be 400 milligrams of caffeine per day. You ingest this amount if you drink four cups of brewed coffee or just over 5 shots of espresso. Keep in mind that you are taking in additional caffeine if you’re drinking energy drinks or Coke, so you need to add this to your daily sum.

Caffeine isn’t recommended for children under the age of 12.

It’s also not ideal for adolescents, but we all know that these days younger people consume coffee (and other energizing drinks) to keep up with school and work demands. People younger than 18 should limit themselves to 100 milligrams of caffeine per day.

People with heart conditions, type 2 diabetes and pregnant or nursing women should not consume more than 200 milligrams of caffeine per day and discuss this with their health care professional.

Then, there are people who are ultra-sensitive to caffeine and they can easily feel the effects of already one cup of coffee. They might want to start with as little as 50 milligrams of caffeine per day, which equals one cup of strong black tea. I guess not everyone is meant for coffee drinking, so you need to listen to your body to avoid any adverse effects.