Gout is the most painful form of arthritis caused by higher than normal uric acid level production in the body which then crystallizes around the joints, especially the big toe but can also affect the ankle, knee, wrist, elbow and fingers. A gout attack will cause severe and sudden pain in the affected joint along with inflammation, swelling and stiffness. It hurts to even touch the affected joint since the skin turns reddish, warm and tender.Many factors play a role in the occurrence of gout like obesity, genetics, improper kidney function, hypertension, alcohol, meat, foods high in purines like seafood and so on. Gout presently affects about 2% of the general population and is quickly rising in numbers. Termed the “disease of kings” since many famous kings in history like Henry VIII and founding father Benjamin Franklin to name a few, suffered from this terrible disease. If you ever suffer a gout attack, you want to make sure that you learn these 5 ways to hack your gout naturally. 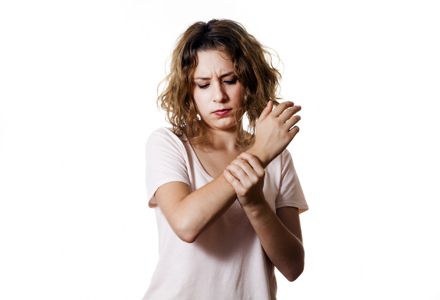 Water will work immediately to help dilute uric acid and then excrete it through the urine removing the excess uric acid from the body. A gout sufferer should be drinking more then 8 glasses of water a day but should be striving for 12 since dehydration may trigger a gout attack. It helps with the proper function of the kidneys which can later cause kidney infections and even kidney stones which is a complication of gout. According to a Boston University School of Medicine survey found that participants who drank more than 8-ounce glasses of water a day experienced a 48% reduction in gout attacks! In addition, water helps to lubricate the joints and increases your metabolism.

Cherries should be part of any gout sufferer’s diet and the evidence is very clear that cherries do lower uric acid. A study published in 2012 in the journal Arthritis & Rheumatism examined 633 gout patients for one year. What the study concluded was that gout patients who ate ½ cup serving or about 10-12 cherries a day for 2 two days had a decreased of a gout attack by 35%. Those gout patients who ate up to three servings a day in two days had a whopping 50% decreased risk of developing a gout attack! For those gout patients who combined their cherry consumption with allopurinol, they experienced a 75% reduction. There are many more studies supporting these claims. Once you begin eating cherries, they start to work by flushing out uric acid from the body within a few hours. During a gout attack, it is advised to eat 30 to 40 cherries every 4 hours if you can. For preventative reasons it is advised to eat 20 cherries daily. Cherries have what we call anthocyanins, a powerful antioxidant found in red and purplish fruits and vegetables. Cherries seem to have the highest concentration of this powerful antioxidant, hence their effectiveness in reducing uric acid levels.

Gout sufferers have been using this home remedy ever since the 19th century, where a British doctor and physician to Queen Victoria by the name Alfred Garrod wrote a little book titled, “The Nature and Treatment of Gout and Rheumatic Gout ”. He first discovered this trick to treat gout by alkalizing the blood, to protect oneself from gout by keeping the uric acid diluted in the urine. Many gout sufferers do state that this remedy works quickly, usually within 24 hours all the way up to a week! This remedy won’t cost you much and it’s easy to prepare. All you do is add half a teaspoon of baking soda and mix it in a 8 oz glass of water and ensure that it is dissolved. Drink this up to 4 times a day and make sure you drink a glass right before bed since it’s widely known that your body is more acidic at night, reason why most gout attacks occur in the middle of the night. If you follow this remedy, make sure to watch your salt intake in other foods since baking soda is extremely high in sodium. Large amounts of sodium can have cause serious health complications like raise blood pressure. Do this until the pain subsides and then lower the dose of baking soda to ¼ of teaspoon in a 8 oz glass of water.

Apple cider vinegar is a popular home remedy in the gout world, most gout sufferers are aware of this. It’s made from cider or apple and has a pale and amber color. It is packed with nutrients like potassium and works the same way as baking soda by helping raise your pH levels in the blood, turning your body more alkaline which is a major factor in gout. Drinking apple cider vinegar can also help break uric acid crystals that have formed around the joints and prevent them from reforming again. ACV helps purify the blood aiding your blood circulation, helping flush any excess uric acid out of the body. Furthermore, it reduces inflammation and swelling in the affected joint from the gout attack. Why can’t I eat apples instead you may ask? ACV contains a higher amount of malic acid which apples don’t have a high amount of and explains the effectiveness of apple cider vinegar towards gout. Simply mix in an 8 oz glass of water about 2-3 teaspoons of apple cider vinegar and drink about 2 to 3 glasses a day. If you want to sweeten it up, just add a teaspoon of raw honey in it or maybe some cherry juice! I also enjoy apple cider vinegar in my salads as part of my dressing which includes olive oil and herbs.

Celery seeds have been used as medicine to treat many different ailments for thousands of years in many parts of the world. Celery seeds are rich in omega-6 fatty acids and includes a very powerful diuretic oil called 3-n-Butylpthalidewhich which stimulates the kidneys to flush out all excess uric acid from the body. It enables your your renal system to excrete uric acid more effectively as well as alkalize your blood by increasing your urine output. Yes, by peeing more! A 2008 Chinese study did confirm that celery seeds do lower uric acid levels in rats. Celery seeds can either be taken naturally as fresh or dried seeds or in the form of tablets if you consider them too bitter. Recommended dosage is 500 mg taken twice a day. Celery seed extract also works very well and don’t forget to drink plenty of water since it’s considered a diuretic.

These 5 gout hacks are the most popular home remedies to treat your gout attack or prevent from one occurring. Speak to your doctor before embarking on any of these remedies since if you are taking any medication, you don’t want to encounter any complications.