Celery has great therapeutic proprieties. This vegetable is also a herb and it is famous for its diuretic proprieties. Moreover, celery is an excellent antioxidant and anti-inflammatory agent. Not to mention that it is rich in vitamin K and other vitamins and minerals. 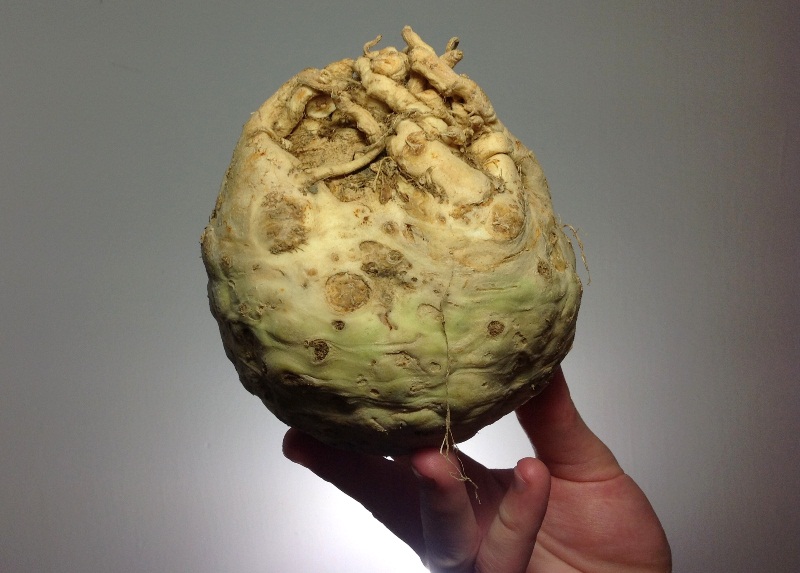 But its diuretic proprieties are helpful especially for those who are suffering from gout. Celery helps the body to eliminate the uric acid and urate crystals. If not eliminated, these accumulate in the joints and produce unbearable pain.

The American botanist James A. Duke recommends celery as a natural remedy for all the people who suffer from gout. He declares himself amazed by its efficiency.

The botanist, who is one of the best in the field of botanical medicine, writes in his book, “The Green Pharmacy”, about the effects of using celery when suffering from gout. He confesses that he started to take two tablets of celery seeds extract instead of his usual allopurinol medicine. Allopurinol is recommended in the case of gout. The reason for his action was the fact that he found out that celery may help him to eliminate uric acid.

He confesses that he couldn’t trust this remedy from the start. In fact, the moment he started to replace his pills with the celery seeds extract, he had his doubts about them. But when he wrote in his book about this treatment, he already had six months without a gout attack. James A. Duke says in his book that the celery seeds kept the uric acid at a normal level.

After he had convinced himself of the effectiveness of the celery seeds extract, he tried to consume celery root. For one week, he consumed four celery roots per day. The results were incredibly good.

How does celery work?

The diuretic and calming effects of celery have been proved by scientific research. These proprieties are due to the substances that this herb contains. Celery has many diuretic oils, but the most important one is the 3-n-Butylpthalide. This is the compound that also gives the celery its specific scent and taste.

As it was early mentioned, the beneficial effects of celery have been proven by science. Let’s see the results of two scientific studies.

The first one lasted for 12 weeks. The participants were persons diagnosed with gout, osteoporosis, or osteoarthritis. All of them had to take daily only 34 mg of celery extract, twice a day. After three weeks, the pain was considerably reduced. After six weeks of using the celery extract, the benefits were maximum.

Another study has been made on 70 patients. They were given 75 mg of celery extract twice a day. The study lasted three weeks. As the dose of celery extract was higher than in the first mentioned study, the results were also better. Besides the relief of the pain that the patients experienced, their mobility and the quality of their life were visibly improved.