This real, natural ginger ale recipe contains living, raw ingredients to help battle inflammation, ease pain, and upset tummies. Ginger root has been used in China for over 2,000 years to help treat stomach problems, nausea, arthritis and heart conditions. It also acts as an antihistamine and decongestant, making it one of the best remedies for relieving cold and flu symptoms. Ginger has been shown to help treat ulcers, gout and diabetes complications. Gingerol and shogaol, two compounds found in ginger, are found to be the active compounds responsible for ginger’s many health benefits. 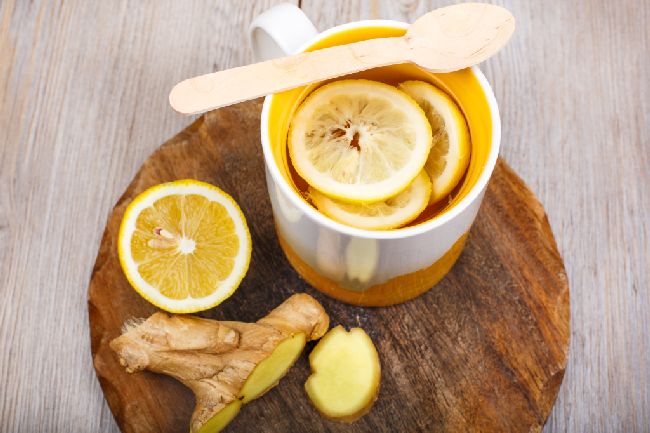 Ginger is rich potassium, so important for heart function, and in manganese, a mineral that builds resistance to disease and protects the lining of the heart and circulatory system.  Ginger contains silicon which is responsible for healthy skin, hair, teeth and nails. It contains Vitamins A, C, E, and the B complex, along with magnesium, phosphorus, sodium, iron, zinc, calcium, and beta-carotene.

Using ginger to help relieve the symptoms of nausea has been popular for thousands of years.  Ginger is widely known for its ability to help with indigestion, and nausea rivals that of many antacids and antihistamines.

Ginger  acts as a antihistamine as well as a decongestant. When treating a cough or cold with ginger, just combine it with tamarind leaves and brew it in hot water, crush and mix it with honey.

1 Bring 2 cups of water to a boil. Add ginger. Reduce heat to medium low and let ginger sit in the simmering water for 5 minutes

2. Remove it from heat and strain it out through a kitchen strainer.

3. To serve, combine 1 part ginger syrup to 3 parts sparkling water and serve over ice. Sweeten to taste with raw honey (or raw stevia) and some lime juice. Enjoy!