Bronchitis is a respiratory disease and can be defined as the inflammation of the mucous membrane of the bronchial tubes. The disease is usually caused by a virus or by bacteria. However, chemicals, dirt, and even cigarette smoke can cause it, too, by irritating the mucous membrane. Even if these factors are not strong enough to cause bronchitis, they can drastically increase its risk. 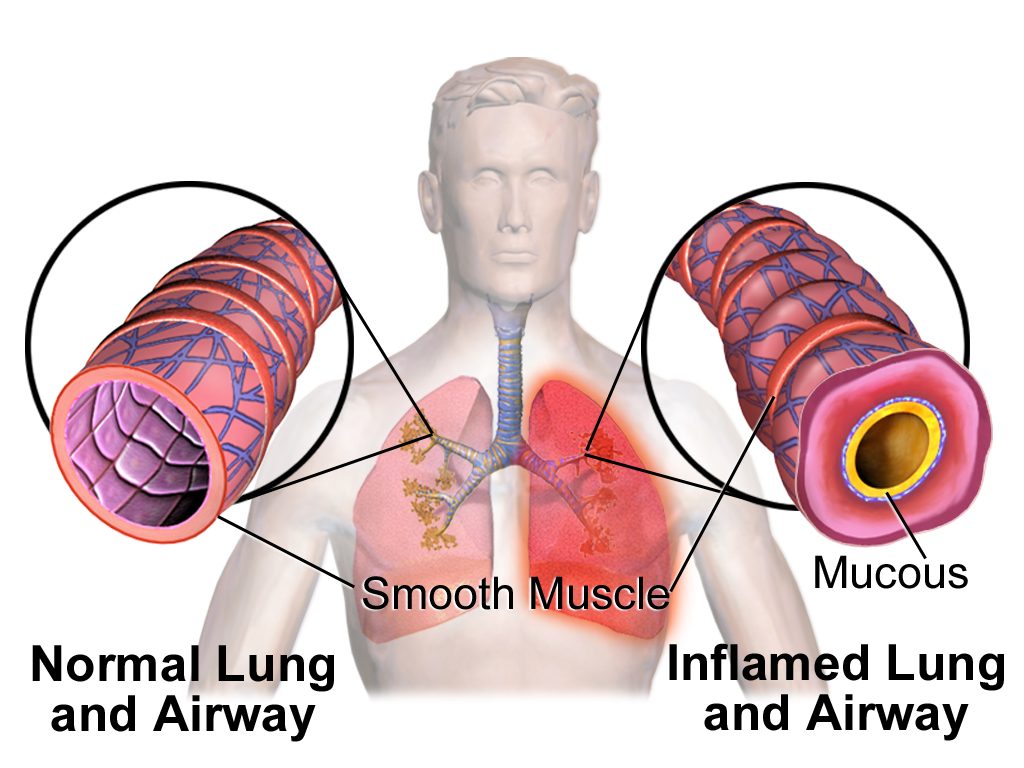 Bronchitis can be acute or chronic. Chronic bronchitis that is not treated may lead to some serious respiratory issues, such as pneumonia. The first and the main symptom is cough. This is accompanied by a production of mucus. Other symptoms are chest discomfort, shortness of breath, fatigue and in some cases fever.

How can essential oils help? Well, a lot of essential oils have antiviral, antibacterial, and anti-inflammatory proprieties. These are the ones that make essential oils helpful in the case of bronchitis. These attributes take action not only on the effect but also on the cause of the disease. But if the symptoms persist, don’t hesitate to consult a doctor.

Thyme oil has wonderful proprieties, and it is very efficient in curing colds. This oil has anti-viral and antibacterial proprieties and is one of the most powerful remedies for bronchitis. Studies revealed that thyme oil can kill Streptococcus pneumonia and the Haemophilus influenza bacteria, some of the most common causes of bronchitis.

Moreover, it has been proven that thyme oil can also annihilate drug-resistant viruses.

Another natural remedy that can kill those bacteria early mentioned is cinnamon oil. Scientific research shows that cinnamon oil has great anti-bacterial, antifungal and anti-inflammatory proprieties. Not only that it helps you stay away from bronchitis, but it is also efficient when dealing with Salmonella, E.coli, and other bacteria we get from contaminated food. Furthermore, cinnamon oil can remove airborne bacteria if you let a few drops of it in the room.

Lavender is not used only in aromatherapy. Besides its calming proprieties, lavender oil has powerful anti-inflammatory and antibacterial effects, and it is also a strong analgesic. It is recommended to take some lavender oil in cases of infectious diseases, like bronchitis. It will help your body fight the disease, and it will relieve the swelling of your bronchial tubes’ mucous membrane. Lavender oil will also act as an analgesic so that it is indicated in case you experience pain in your chest.

When it comes to dealing with bronchitis and colds, you must know that tea tree oil is a super remedy. What makes this oil so efficient is a large variety of proprieties: anti-inflammatory, antibacterial, anti-viral, antioxidant. All these together act as a great remedy for bronchitis. They eliminate not only the effect of the diseases but also its causes. The antiviral proprieties inhibit the virus causing bronchitis; the anti-inflammatory proprieties help by reducing the inflammation of the mucous membrane of your bronchial tubes; the antioxidant attribute plays a role in protecting your cells from the damage of free radicals.