A study published in 2008 has revealed that a compound found in celery and parsley prevents different types of cancer. 87 patients were chosen for the study. Half of them were colon cancer survivors while the other half had their polyps removed after colonoscopy. They were treated with 20 mg of apigenin or with a placebo for 3 years. Among the patients who had survived cancer, there was no recurrence of colon cancer. In the placebo group, 3 patients suffered from recurrences of their cancers. Apigenin was found to be the most potent anti-cancer compound out of vitamin C, flavonoids, phenolic acids and limonoids. 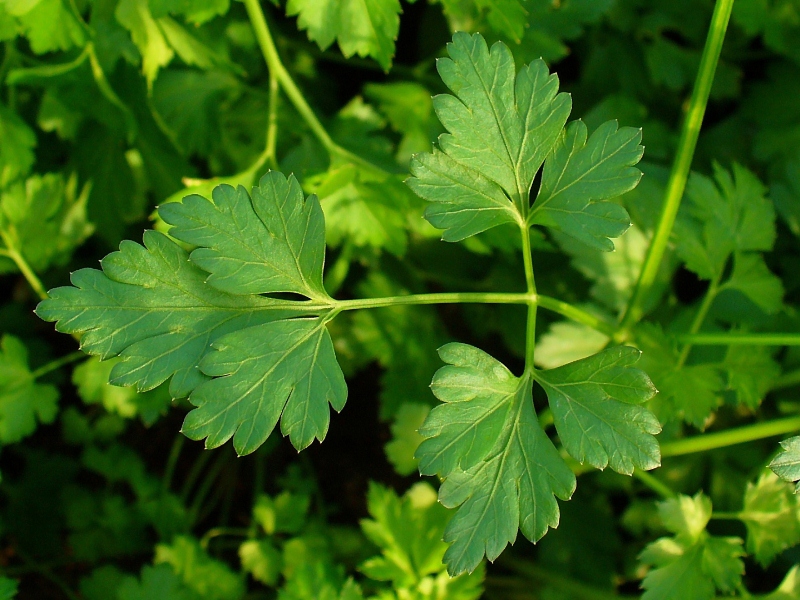 Parsley is usually added in meals as a decorative herb. The truth is that this little miracle might be the world’s underappreciated ingredient. Its extraordinary healing and health potential makes it more than just a decoration. Parsley is a great source of nutrients and antioxidants. It works greatly for your eyes and liver health. Its most famous compound – apigenin – helps prevent and fight cancer.

How to Use Parsley

Known as the most abundant sources of apigenin, dried parsley is the solution for cancer. On the other hand, fresh parsley has a decent amount of apigenin as well. To get a 10 mg dose, you need to ingest one tablespoon of chopped parsley a day. If this method is not convenient for you, sprinkle a small amount of the dried herb into your meals. When you want to add parsley into your food, do it at the end of cooking, right before eating. If you introduce the herb in the early stages of cooking, you will lose most of the vitamins and volatile compounds parsley contains. Apigenin can be found in chamomile flower tea, grapefruit, peppermint, raw celery and thyme.

Parsley is generally safe to ingest. But you must be careful because of the apigenin which can cause some side effects when combined with some drugs. One study revealed that apigenin interfered with a standard chemotherapy drug. In conclusion, it would be wiser not to take high doses of apigenin while undergoing therapy for leukemia or cancer.

Parsley is a good source of minerals like boron, calcium, fluoride and magnesium. These minerals protect the body against osteoporosis. Low levels of vitamin K in the body are somehow linked to the development of osteoporosis. Parsley is extremely rich in this vitamin that is so essential to your body’s health. It also contains high amounts of antioxidants such as beta-carotene, vitamin C and different types of anti-inflammatory nutrients. All these substances hold a crucial role in reducing the symptoms of arthritis. Eat parsley on a regular basis and your body will speed up the excretion of uric acid, which increases pain for those who suffer from arthritis.

Parsley is a wonder herb that will enchant you with its benefits. Consume it on a daily basis and say goodbye to cancer and other ruthless diseases. Remember, a tablespoon of parsley a day keeps cancer away.