Follow these steps below if you experienced Perimenopause Weight Gain. 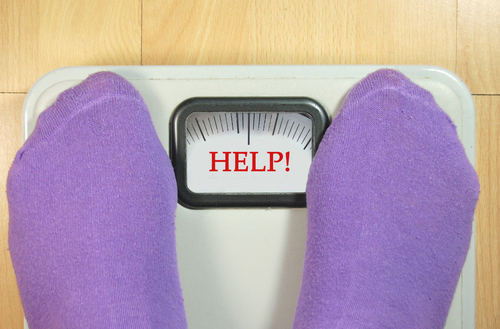 Add Interval Training to Your Workouts
By adding interval training to your workouts, you’ll be able to help your body burn more calories. Levine says the same types of exercise you used in your 30s may not work as well for you when you’re in your 40s, but interval training can help you push your body to reduce the extra pounds caused by perimenopause.

To start interval training, simply increase the intensity of your current workout. For example, if you currently walk a few miles for exercise, start picking up the pace every five or seven minutes for 30 to 60 seconds.

Make sure to exercise for at least four hours a week. According to a ten-year American Cancer Society research study, almost 44,000 women in their 40s and early 50s lost extra pounds instead of gaining when they exercised at least four hours every week.

Lifting weights two to three times a week for 30 minutes is very important during perimenopause because it helps fight age related muscle loss. In addition, the more muscle you have, the faster your metabolism will burn calories.

When you start lifting weights a few times a week, you’ll feel better and stronger in only two weeks, and you’ll also notice your body has firmed up in only six to eight weeks, according to Chester Zelasko, PhD, and chair of the Health and Wellness Department at Buffalo State College in New York in the Prevention article “Firm Up, Slim Down” by Nancy Stedman.

Most women during perimenopause typically produce more insulin, which causes an increase in fat–especially around the stomach. So, it’s important to pay attention to the type of carbs you’re eating. Choose carbohydrates that are low on the glycemic index to help keep blood levels more stable, says Levine.

Several studies suggest that people who drink diet soda have a tendency to gain weight, especially around their stomachs. The more diet soda a person drinks, the more likely she’ll even gain more pounds. If you’re drinking diet soda in an attempt to restrict calories, try giving it up for a while. Instead drink water or carbonated beverages like Perrier.