Lung cancer is the most common type of cancer that leads to the death of both men and women worldwide. According to recent research, lung cancer determines 27% of deaths caused by cancer. Nonetheless, it does not always mean that the depiction of this disease equals an inevitable death sentence. If discovered in its early stages, it can be treated. In this article, I will provide you with the significant signs that help you anticipate the occurrence of lung cancer. 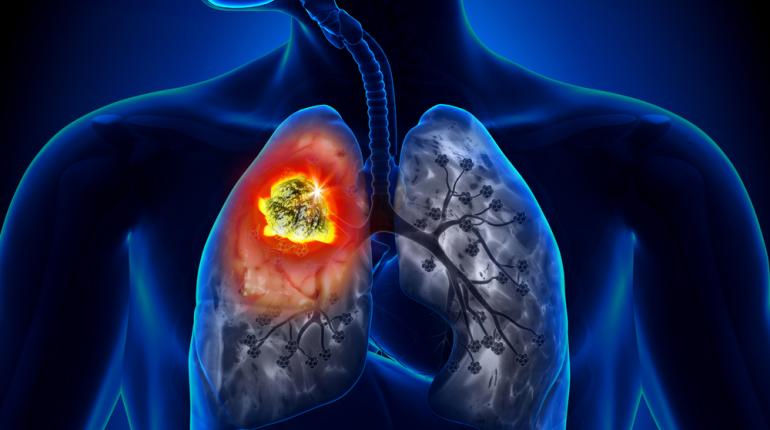 Pay attention to your cough. A cough caused by a cold lasts for one to maximum two weeks, while a persistent, disturbing one can be a possible sign of lung cancer. Don’t automatically assume that “it’s just a cough”, therefore postponing going to a doctor. If it has been lingering for more than two weeks, go see your doctor.

Additionally, if your persistent coughing is accompanied by cough alterations such as deep and raucous sounds or even blood cough, something is definitely not right.

Lung cancer is not always the imminent result of smoking. The main reason that causes this is high exposure to air pollution and toxic chemicals. As a result of this exposure, you might find yourself experiencing difficulty in breathing while doing simple chores as carrying out the groceries, or climbing the stairs to your house. If you often feel like you’re out of breath, certain airways may be blocked, preventing you from breathing correctly. Therefore, it’s time for you to make a doctor’s appointment.

Unexpected weight loss is definitely not good news. This symptom may be associated with the occurrence of lung cancer or a different type of cancer. Presumably, the weight loss might be the imminent effect of the appearance of cancerous cells in your body, consuming all your energy.

The feeling of weakness in your muscles appears when toxic substances are present in your body, determining a general state of helplessness. As these substances flow through your blood, they reach your muscles, resulting in a general disposition of weakness.

Lung cancer may determine the appearance of pain in the chest, back and abdominal area. For 1 out of 4 people, chest pain has been detected as the first symptom of lung cancer appearance.

Perhaps this symptom may appear to be rather exaggerated; who doesn’t feel weary from time to time? However, it should definitely not be ignored. If you seem to need a lot of energy for completing easy chores, you should raise yourself some questions. The spreading process of cancerous cells affects the oxygen levels in your body, whilst simultaneously damaging your red blood cells and adrenaline glands that produce energy. As a result, the general state of fatigue might be a first sign of lung cancer.

As a result of rapid spread of the cancerous tumor, certain hormones are being released, that determine the unusual development of men’s breasts. Research states that this symptom occurred in 1 out of 5 men diagnosed with lung cancer.