Top Natural Remedies Natural Treatment Types of Ulcers – Do You Know All of Them?

Even though there are many types of ulcers, the most common ones are the ones related to the stomach. However, most of them have similar symptoms, such as acute pain in the abdominal area, nausea, vomiting, burning sensation in the chest, weight loss, excessive burping, and bloating. 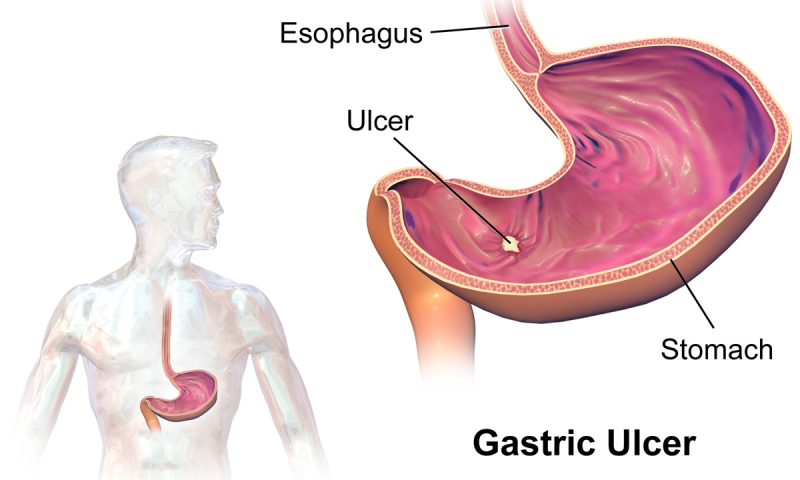 If you experience these symptoms, you are advised to go to a doctor, because they may indicate a type of ulcer, which is a serious health problem and needs medical treatment. Besides an appropriate treatment, you will also need to keep a strict diet for a period, and this excludes all the foods which can cause your harm to your digestive tract.

This kind of ulcer is a disease of the stomach itself, and its symptoms are more severe and defined compared to the other types of ulcers. Abdominal pain, usually sharp, as well as nausea and burning sensation in the chest are common symptoms, experienced by almost every patient who suffers from a gastric ulcer. Other symptoms are indigestion, feeling sick all the time, loss of appetite and weight loss.

The primary cause of this disease is considered to be H pylori, a bacterium. However, this is not its only trigger; there are also other factors that can lead to a gastric ulcer, such as a long treatment with antibiotics, abuse of medications, and an unhealthy diet.

Foods that are a big no-no in this case are spicy meals and greasy dishes. These will worsen your condition and its symptoms.

This kind of ulcer is an illness of the duodenum, but it has symptoms that are similar to those of gastric ulcer.

The duodenum is attached to your stomach, being the first part of the small intestine. When this part of the digestive tract is affected, you will experience heartburn as one of the main symptoms. As the gastric acid is corrosive and the tissue of the small intestine is not similar to your stomach, the cells from this area produce a mucous barrier. This has the role of protecting the duodenum of the harm produced by the gastric acid. When the balance between the production of the acid and the mucous barrier is disrupted, the conditions of developing a duodenal ulcer are created.

H pylori is also a common cause of this type of ulcer, as well as a large variety of anti-inflammatory medicines. In this category of drugs that may cause an ulcer, we can include ibuprofen, diclofenac and even the common aspirin.

A peptic ulcer is an affection of the duodenum or stomach, and it is caused by a digestive enzyme named pepsin. The primary symptom of this disease is a burning pain in the abdominal area that occurs particularly between meals or at night. Nausea or vomiting are also experienced by the patients who suffer from this kind of ulcer, but a more common symptom is bloating.

The causes vary a lot, from H pylori to painkillers. Other factors than increases the risk of ulcer are smoking and excessive alcohol consumption.