Rose hips are frequently used in alternative medicine for their pain-relieving properties. Scientists have discovered that the powder made from Rosa Canina is more efficient in reducing pain than paracetamol. 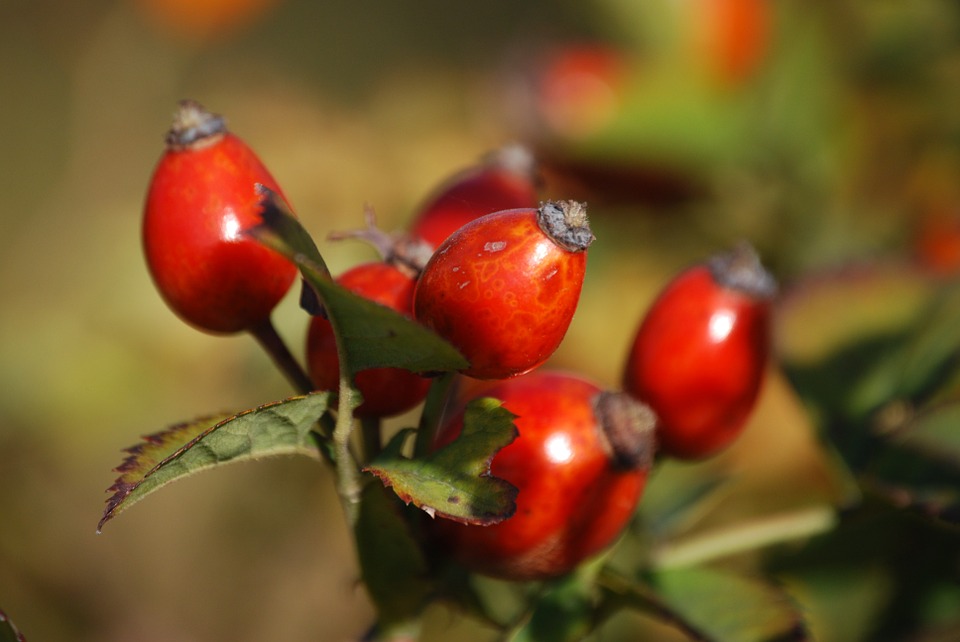 The best part about using rose hip to reduce pain is that it does not have the negative side-effects of traditional painkillers. Among other benefits of rose hips, we can include their ability to relieve various respiratory conditions, reduce the symptoms of rheumatoid arthritis, prevent cancer, manage diabetes, lower cholesterol, regulate the digestive system, increase urination, build strong bones, increase circulation and boost the immune system.

As mentioned before, rose hips contain antioxidant components which can neutralize or eliminate free radicals from the body. Free radicals are byproducts of cellular metabolism which damage healthy cells, killing them or causing them to turn into cancerous cells. The lack of antioxidants and the increased number of free radicals is connected to several serious conditions such as heart disease, premature aging, and cancer.

Rose hips are rich in organic compounds which can reduce the levels of cholesterol and lower the risk of heart attacks or strokes.

Studies have shown that rose hips can regulate blood sugar levels, a very important aspect for people suffering from diabetes. The plant can keep the balance of glucose and insulin in the body, preventing spikes and plunges that can be deadly.

Rose hips contain various acids, such as pectin, which induce excretion and urination. Because it is such an effective diuretic, the plant eliminates toxins from the body, as well as fat, excess salt, and liquids.

If you want to have a blemish-free, beautiful and youthful skin, then rose hips are among your best options. Their astringent properties keep the skin elastic, preventing wrinkles, healing scars and burns and regenerating skin cells.

The iron contained by rose hips contributes to the creation of blood cells, preventing anemia, increasing the metabolic activity, keeping the essential organs well-oxygenated and optimizing the functionality of your various systems.

Vitamin C not only boosts the immune system, but it also produces collagen, which, together with other minerals from rose hips maintain bone mineral density and prevent osteoporosis.

You can eat rose hips raw, dried or made into jelly, jam, marmalade. You can even add them when you make bread, pies, soups or salads. You can keep them in the refrigerator, but do not put them in a metal container. Try to add rose hips to your daily diet to improve your overall health and prevent many medical conditions.