Perimenopause usually occurs during the four to five years before menopause. It’s a transitional time for a woman’s body when hormones begin to fluctuate and cause symptoms such as weight gain, hot flashes, night sweats, headaches and dry skin. One of the worse things about perimenopause is gaining extra pounds, and according to health experts, much of this extra fat collects around the abdomen. There are, however, a few supplements perimenopausal women can take to help them fight the battle against increasing fat. 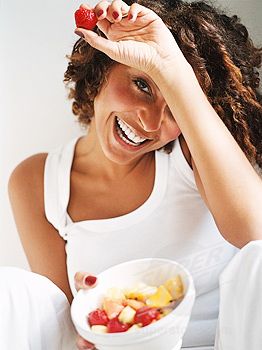 5HTTP works by boosting serotonin levels. Serotonin is a chemical or neurotransmitter that the brain and nerve cells need to communicate with each other. Our bodies create serotonin naturally, but sometimes the demand for serotonin outweighs the supply. When this happens, people can experience symptoms like extreme carbohydrate cravings and depression.

Several studies have shown that 5HTTP is safe and effective with very few side effects. Keep in mind however; there are some reports of side effects such as stomach upset, changes in sleeping patterns, intestinal upset and vivid dreams.

If you’re already taking any medications, especially antidepressants or other supplements, make sure to check with your doctor before taking 5HTTP.

Note: Follow your doc’s advice because 5htp could be unsafe. There is a possibility that it can cause a serious side effect which is called “eosinophilia myalgia syndrome”. Many people say that this side effect is only caused because of a contaminant in the 5-HTP product. Although there is no evidence to know if that is caused by 5HTP, a contaminant, or some other factor, the advice best given would be that 5-HTP should be avoided unless told my an expert.

Conjugated linoleic acid (CLA) may help perimenopausal women. Research shows that CLA may be effective not only for fighting obesity, diabetes, atherosclerosis, obesity and decreasing fat, it may also promote lean muscle, says Michael T. Murray in “CLA: A Source of Optimism in the Battle of the Bulge.”

Recommendations for CLA dosage vary from as little as 2 grams to over 7 grams or more every day. Make sure to check with your doctor first before taking CLA. Some studies suggest there may be a tendency to contribute to a prediabetic state for obese people, especially when taking a large dose. In addition, other studies suggest CLA may be toxic to the liver.