From kids to full-time parents and college students, everybody loves instant noodles. They have some advantages that cannot be denied. It will take you only a few minutes to cook them, they are not expensive, and they do not taste bad, especially if you add some toppings or condiments. Taking all these into consideration, instant noodles seem to be an ideal choice. But is it really ideal? 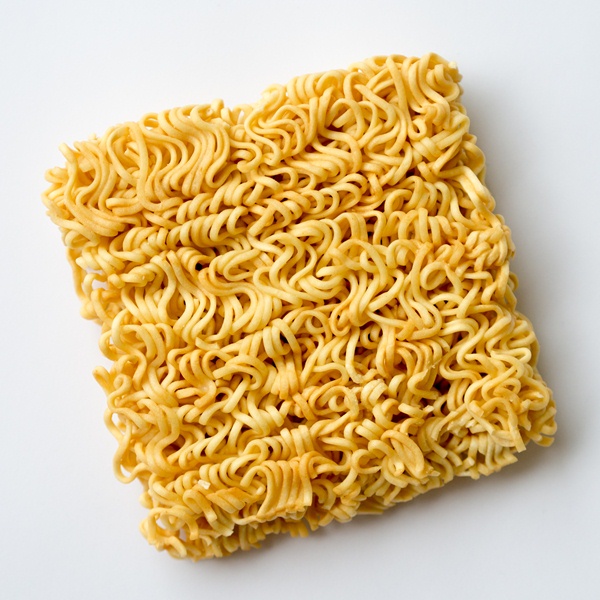 The advantages mentioned make people ignore the risk of consuming these noodles. The majority admits that instant noodles are not healthy, but they don’t consider them a real danger. In reality, not only that they do not have nutritional value, but they are a major risk for our health.

The most often used preservatives for instant noodles are Butylated hydroxyanisole (BHA) and t-butylhydroquinone (TBHQ). BHA is a carcinogen according to the American Cancer Society and has been included by the European Mission in a list of dangerous chemicals, which can provoke neurological, immune and reproductive dysfunctions. TBHQ was also catalogued in 2005 as a possible carcinogen by a study published in Drug Metabolism and Disposition. These chemicals may assure a long life for instant noodles, but what about us?

Maybe this doesn’t sound so bad. Many people would say that this is actually another advantage because you won’t be hungry too soon. A study made at Massachusetts General Hospital revealed that the stomach was overstressed, contracting a lot while trying to digest the noodles. This affects the stomach itself, but the fact that the noodles remain in our digestive tract has other risks. The BHA and TBHQ mentioned above are also present in our digestive system for a longer period, and a long exposure to them can prove to be carcinogenic. TBHQ can have negative effects on the liver and reproductive organs, and it can also provoke diarrhea, asthma and anxiety.

In 2014, the Journal of Nutrition had published a study regarding the effects of consuming noodles upon women. The results were worrying. Eating noodles considerably raises the risk of metabolic syndrome, which includes a high risk of heart disease, diabetes and stroke. Moreover, cooking noodles with oil involves an excessive quantity of fat that aggravates the heart condition. Noodles are already high in saturated fats, which means they increase the level of LDL, also known as bad cholesterol, which leads to other serious health problems.

Even though not all of the instant noodles contain Monosodium Glutamate (MSG), many of them do. Why? Because MSG improves the taste substantially. It is used especially in China, Japan and Korea. Regularly consuming noodles and others meals specific to these countries’ gastronomy can cause chest pain, severe headaches, excessive sweating, mouth numbness and others. That’s why the symptoms caused by MSG are today known as the “Chinese Restaurant Syndrome”.

None of the less, the flour used in the noodles industry is refined flour. What does that mean? The parts that are highly nutrient have been removed. The only remaining nutrients are the carbohydrates. They increase the blood sugar level, which leads to a higher risk of diabetes.