At least once in your lifetime you may have suffered from a clogged ear. This problem is usually caused by a blockage that appears in the ear canal. The symptoms associated with a clogged ear are a feeling of having liquid in the ear, reduced hearing capacity and windy sounds or popping sensations in the ear. The factors that trigger the sensation of clogged ears are sinus or cold problems, wax buildup, differences of pressure in the middle ear or a blockage of the air flow in the Eustachian tubes. A clogged ear can be both painful and annoying, but you can treat it immediately by using some simple natural treatments. 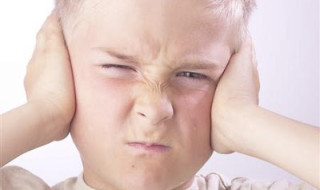 In case the clogged ear is caused by a wax buildup, you can effectively make use of olive oil. This product softens the ear wax and will help you remove it easily.  Take some olive oil and warm it. Make sure it’s not too hot before putting it inside the ear. With a dropper that you can find at any pharmacy, you can put a couple of olive oil drops inside the affected ear. Let it settle for almost 10 minutes and then put your head sideways and use an ear bud to remove the wax and the oil. Be careful to perform this procedure in a gentle way.

Warm water has almost the same effect as olive oil. So, use a syringe that you fill with warm water and then introduce the warm water in the ear canal. This way, the wax will be dislodged. Let it sit for 10 minutes and after that tilt your head sideways so as the earwax and water can come out.

Unclogging the ears with hydrogen peroxide is very common. So, use a dropper to insert 2 drops of this solution in your ear. Use 3% hydrogen peroxide. If you hear a fizzing don’t be scared because this is normal. The fizzing will disappear in 10 minutes and after that you must simply tilt your head and allow the ear wax and the solution to drain out.

This simple home remedy can be used for sinus congestions and colds that lead to clogged ears. The warm compress will reduce the pain, unclog the ear and loosen the congestion. Prepare a bowl of warm water and soak a washcloth in it. Squeeze it to remove the excess water and put the cloth on the affected ear. Keep in on for almost 10 minutes, during which the heat will promote the fluid drainage and the ear will be unclogged.

A clogged ear can also be caused by bacterial infections. In order to get rid of them, you can simply use a mixture with apple cider vinegar and alcohol. So, mix the vinegar and the alcohol in equal quantities. Tilt your head and with a dropper put a couple of drops inside the affected ear. You can also put a cotton ball inside the ear so as to keep the mixture in. After 10 minutes, you can use an ear bud to remove the ear wax. You ear will be unclogged and the bacteria will be eliminated.