Are you experiencing sharp pains in the back? Slight tingles in the feet? Do your feet feel numb? You might have sciatica, a condition which affects more than 3 million people in the United States alone. 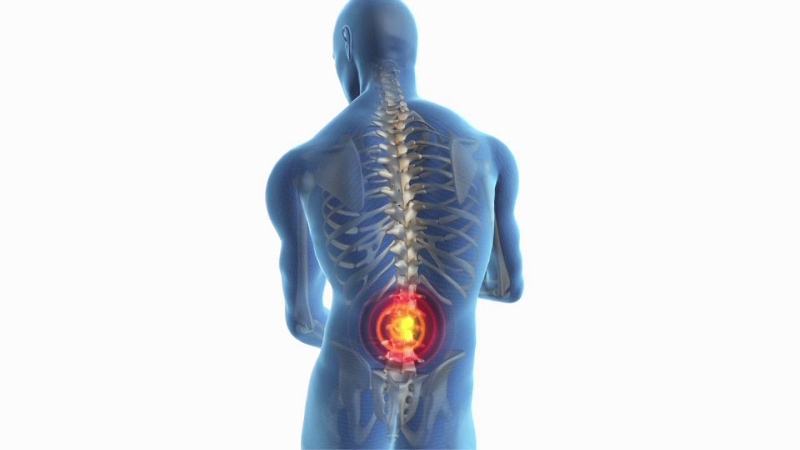 To understand sciatica, we first must look at what characterizes it. Usually, this disease manifests itself by a sharp pain in the lower back, hip, and legs caused by a deterioration (compression, to be more precise) of the sciatic nerve.

The biggest spinal nerve in the body is the sciatic nerve. Its primary purpose is to facilitate the communication between the skin situated on the legs and the muscles by sending nerve signals. You will feel pain when the sciatic nerve is injured or is pressured by something.

How sciatica is detected

Sciatica is a rather common condition that affects, as stated above, over 3 million in the United States. While it is more common in the case of people between 40 or 60, it can affect almost everybody, including teenagers and young adults. Bear in mind that not everyone who suffers from symptoms associated with sciatica does indeed have the disease. There are a few different types of sciatica, which we will analyze shortly in the following paragraphs.

True sciatica occurs when the sciatic nerve at the lower end of the spine is compressed, usually due to hernia or bone spur. This particular thing leads to a type of pain that radiates throughout the outer leg, hip and lower back. It is diagnosed by instructing the patient to sit on his back, raise his leg between 30 and 70 degrees and if there is no pain, the doctor is safe to rule out the diagnosis of true sciatica.

Although it is similar to true sciatica on some levels, they are not the same thing because piriformis syndrome does not occur due to spinal compression. There is some compression going on, the difference being that the piriformis muscle compresses the sciatic nerve by way of spasms. All medical specialists admit that piriformis syndrome is a hard condition to diagnose. Doctors give a positive verdict on this only when sciatica is eliminated from the list of causes.

Finally, regular back pain is worth mentioning because it will affect all people at some point during their lives. The back pains are not always due to sciatica but are mainly caused by making too much effort, carrying heavy objects or adopting an unhealthy posture for extend periods of time.

Here are the most common symptoms of sciatica:

• Pain in the lower back (relatively minor symptom, should not be taken seriously in all cases)
• Pinching pains on the side of the hip, the calf and/or foot and the tight
• A feeling of intense heat in the lower body
• Weak muscles in the leg

Back pains, in general, are tough to deal with, but they do not usually constitute reasons for worrying. But, sometimes, a random pain the back might be a sign of something more severe, so we must make sure to inform ourselves about what might cause it. Hopefully, this article will provide you with all the information you need.