Uterine fibroids are believed to be the most common benign tumors women suffer from. Appreciatively three-quarters of all American women suffer from this condition during their childbearing years. This is why you should be informed to determine its appearance before the condition worsens. 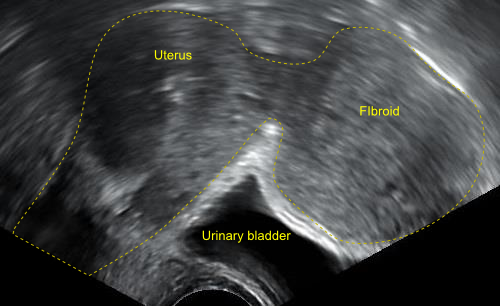 Uterine fibroids are noncancerous cell enlargements that grow inside the uterus. This condition is triggered by a single cell’s abnormal growth. Normally, they are benign. Thus, they don’t lead to cancer appearance. However, women who have developed this condition are monitored in this respect as a safety measure. There are different types of fibroids, and they are named according to their location.

Their size varies from small to large. Sometimes, they present deformed measurements. Women may suffer either from one fibroid or various fibroids at the same time.

When it comes to symptoms accompanying uterine fibroids, some women don’t experience any particular discomfort, while others present a range of disturbing warning signs. The symptoms vary according to the location of the fibroid. Generally speaking, the larger the fibroid is, the more severe the symptoms will be. If you observe the appearance of the following symptoms, you should consider scheduling a visit to your doctor.

This symptom is common for women suffering from submucosal fibroid. The menstrual bleeding can be so abundant as it hinders them from leaving the house and engaging in their normal daily activities. Most of the times, the bleeding is paired with painful cramps. Abundant menstrual bleeding can lead to severe anemia and other health problems.

Fibroids located in the back of the uterus may lead to severe rectal pressure. Sometimes, this may affect the sufferer and develop hemorrhoids.

Women who suffer from fibroids might experience painful or uncomfortable sexual intercourse. The pain may vary according to the period of the month or the position.

Larger fibroids normally lead to acute pelvic discomfort and pain. Depending on the gravity of the fibroid, for some women, the pelvic discomfort is utterly severe and for others it’s slightly felt. Additionally, pelvic pain is also a symptom for ovarian cysts.

If you’re suffering from subserosal fibroids, you might feel the urge to go to the bathroom more usual than normally. Some women are unable to urinate even though their bladder is full. This can lead to dangerous health problems.

It is common for women suffering from fibroids to experience long periods of spotting that exceed the maximum of 7 days. Also, they may experience spotting between periods.

If the fibroid is located in the lower back of the uterus, it will cause lower back discomfort and pain.