Allspice was initially used for its culinary virtues, but it was soon discovered that it also has some medicinal properties which mainly target the digestive system, but are not restricted to it. Allspice was traditionally used for relieving nausea, bloating, flatulence, diarrhea and abdominal cramps, but there are some scientific studies that demonstrate its potential benefit for those suffering, for example, from prostate cancer. 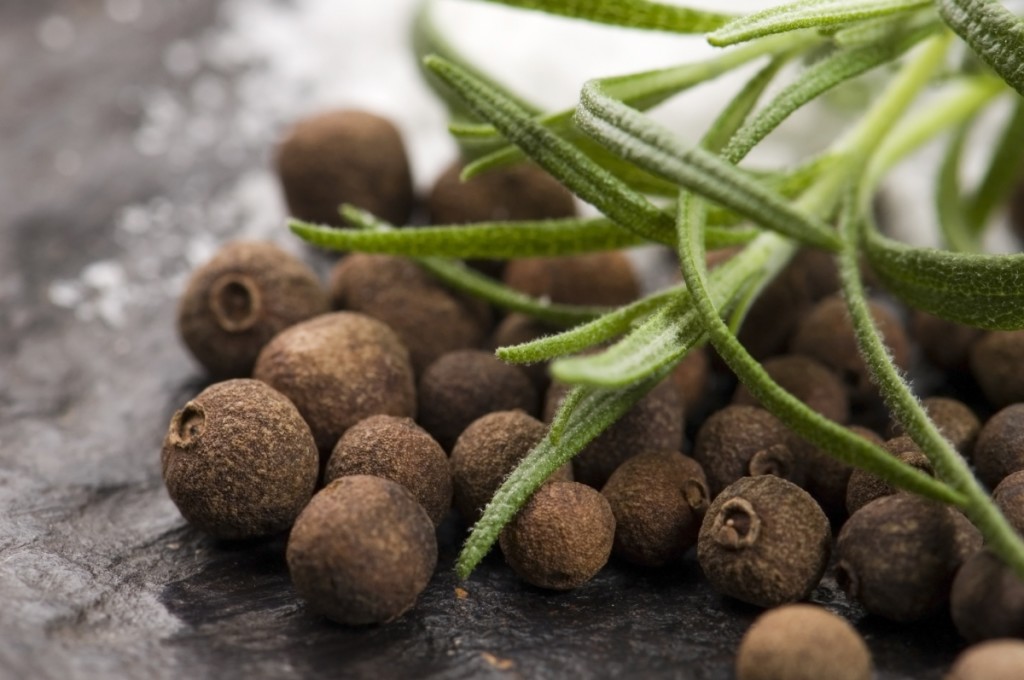 A study published in Carcinogenesis in 2013 demonstrated that ericifolin – eugenol 5-O-β-(6′-galloylglucopyranoside) – has antiproliferative, pro-apoptosis and anti-androgen receptor transcription properties. The results of the study “demonstrate a potential use of aqueous allspice extract and ericifolin against prostate cancer.”

A study published in Current Drug Targets in 2012 concluded that “new characterization of novel compounds such as ericifolin from the aqueous extract of allspice berries show potent anti-prostate cancer and anti-breast cancer properties that can be verified in vitro as well as in vivo.”

Add 1-2 teaspoons of dried fruits in a cup of hot boiled water and let steep for 10-20 minutes.

When used in culinary preparations, make sure it is freshly ground and add it towards the end of the cooking process.

Allspice in contraindicated two weeks before surgery (because it can slow blood clotting) and also for those suffering from duodenal ulcer, gastroesofagian reflux, spastic colitis, ulcerative colitis or diverticulitis.

Allspice should be consumed with precautions by those that take medications that also slow clotting, such as aspirin, clopidogrel, diclofenac, ibuprofen, naproxen, dalteparin, enoxaparin, heparin and warfarin.