If you have been bitten by a bug, you should know that most of these bites don’t need specialized care, as they are going to heal on their own. Still, if the itching and the pain are too annoying and severe, you can use a couple of home remedies to get relief and prevent any further infection. So, if a bug has bitten you, try not to rub or scratch the affected area, as you will make the venom spread in the blood stream. Also, if a bee stung you, remove the stinger that remained in the skin and do this as soon as possible. These are the things that you have to do right after the bite. Now let’s see how you can prevent or reduce the inflammation. 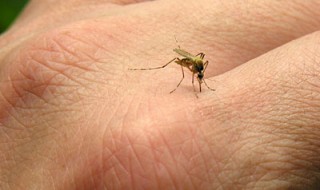 This is one of the most common, but also one of the most efficient remedies for bug bites. Keep the ice pack on the affected area for almost 20 minutes and change it every hour. Do this in the first 6 hours. This remedy is going to ease the pain, reduce the itch and diminish the swelling and the inflammation. Don’t forget to put a cloth between the ice pack and the skin and don’t keep the ice more than 20 minutes once.

Garlic has been proven to prevent bug bites. Usually, the insects are attracted by different odors, so, when eating garlic, the smell of the sweat will change and the bugs will be repulsed by it. Only raw garlic has this effect, so don’t cook it if you don’t want to be bitten by insects. Also, raw onions have the same properties.

This product is going to draw out the toxins that usually trigger the itching, swelling and inflammation. Mix some water with almost 3 charcoal tablets and blend them until they become a paste. After that, you can apply it on the bitten area. Let it cure for almost half an hour and after that, use a wet cloth to remove the paste. Repeat the process if necessary until the inflammation disappears.

You can use any kind of vinegar you want to reduce the pain caused by a bug bite. Apple cider and white cider are both good. You can simply apply it on the affected area and leave it on for a couple of minutes before washing it off. You could also prepare a paste from baking soda and vinegar to put over the bitten area. Lemon juice has the same effect as the vinegar. These products are antiseptic and will clean the area immediately, preventing any kind of infection.

This is a common ingredient and it’s extremely useful when it comes to bug bites. It will clean the affected area and remove the toxins and the bacteria. At the same time, it will relieve the pain. The soap bar is particularly efficient for mosquito bites. Wash the affected area with soap and after that rinse well. So as to not irritate the area, you should only use non-perfumed and non-deodorized soap.