The multiplication of bacteria between teeth and gums can lead to the apparition of irritations, inflammations, and bleeding. 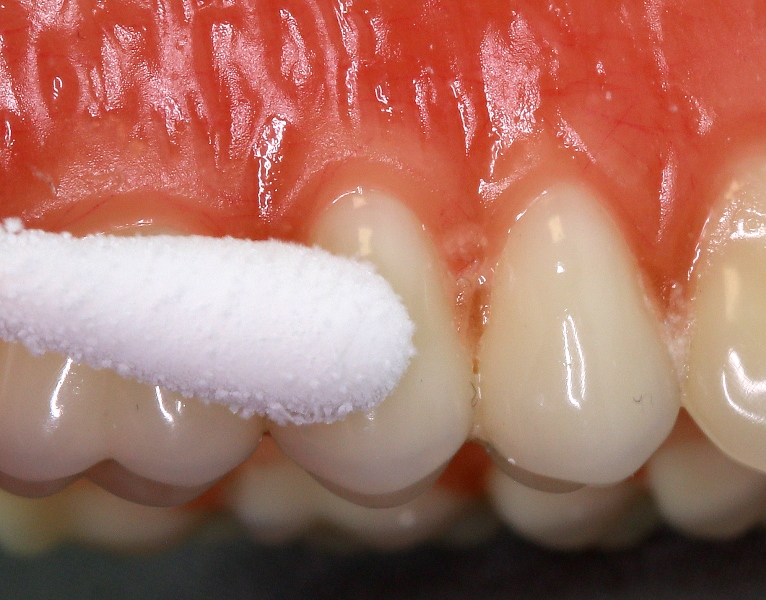 If you have swollen and sensitive gums that bleed easily when you brush your teeth, it means that you have a periodontal affection.

One of the most common ones is gingivitis, which can lead to periodontitis and, eventually, to loss of teeth if it’s left untreated.

Sensitive teeth and gums can be prevented and treated. Although medication and a weak immune system can make you more susceptible to this affection, the most common cause is inadequate oral hygiene.

The following natural cures, simple and handy, can help you prevent or treat gum conditions:

Let it cool down for a bit, strain it, and the resulting liquid will be a good mouthwash that can be used multiple times a day.

Toothpaste with lemon and clay – for strong gums

The lemon and clay toothpaste whitens the teeth, refreshes the mouth, protects and strengthens the gums.

Mix 2 drops of lemon essential oil with clay powder and enough water to form a paste that you can brush your teeth with, 2 times a day.

This process eliminates tartar, neutralizing the bacteria hidden between teeth and gums.

Prepare a paste out of baking soda, a bit of fine salt and water. Apply it on the inflamed portions of the gum and brush it with a soft toothbrush.

In a piece of cloth, place a baked onion.

This is the preferred cure in Italy. Warm up a fig, cut it in two and place it on the tooth that causes pain.

Eat 1 apple per day – it disinfects the mouth and strengthens the gums.

Take a chilli pepper, cut the tip, remove the seeds and fill it with salt and pour wine vinegar afterwards. The pepper is then placed in a hot oven.

When the vinegar starts boiling, take the pepper out. Place a cotton ball in the liquid of the pepper and apply it on the painful tooth. Let it until it cools down and repeat the procedure several times a day.

It’s the remedy of English herborists from the 16th century. Chop a handful of blackberry root finely and let it boil in vinegar for 30 minutes, in a pot with the cap on. Use the resulting liquid to brush your teeth 3 times a day, for 3 weeks.