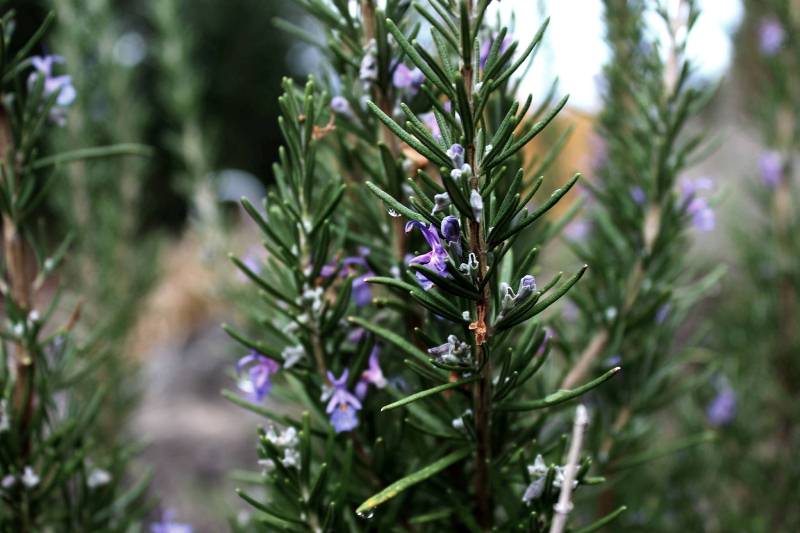 You can only gather rosemary twice a year: between March and May, when the flower is blooming, and in the fall, near the end of October. You ought to only collect the leaves, which you will leave to dry in a thin layer on a clean, white sheet of paper. Make sure that the place is properly ventilated; otherwise, it will not dry properly. The overall tincture is fairly easy to make. You will need:

Once you’ve got your hands on these ingredients, you start preparing it. The dry rosemary leaves are finely ground and placed into a bottle with a large opening or a jar. The alcohol is poured over it and the container will be closed so that will not go in or out.

The container with the ingredients is left to macerate for 10 days, shaking it about 3 or 4 times every day. After the macerating period has passed, the composition is strained through some clean gauze and is once again left to clear in the refrigerator for 6 more days. Once it is clear, you carefully strain it again, throwing away the residues that have gathered at the bottom of the container. You add them in small bottles and keep them in areas away from the sun. On the bottle, you should add the date the tincture was made along with the expiration date: two years after the tincture was made. The tincture bottle should be shaken well each time before using it.

How and When to Use Rosemary Tincture

Researchers from Maryland’s Tai Sophia Institute have conducted a study in 2012 on the effects that rosemary has on different people. One of the conclusions was that rosemary can reduce cognitive decline in elderly people, improving their ability to remember. These people have been administered ground rosemary to test their memory speed, and for every person around the age 75, the dosage was different (a total of 28 people were part of the study). The best dose was 750 g of rosemary, while bigger doses (around 6.000 mg) had an opposite effect, inducing memory decline.

Rosemary can be used for:

Rosemary is a source of diterpenes, which is believed to prevent the death of the neuronal cells. Due to its anti-inflammatory and neuroprotective ability, researchers believe that rosemary can also be used to treat Alzheimer’s disease.