This is a simple recipe for a healthy and savory juice that you can make at home using a blender. The fruit juicer is also an option, but the juice will have fewer antioxidants and fibers (encountered mostly in the peel of the fruits). 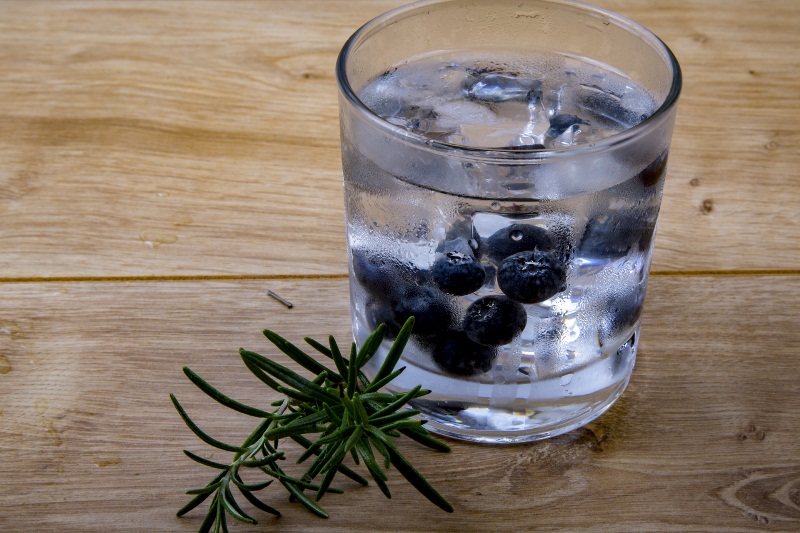 A study published in 2009 at the University of Tufts in Boston has shown that grape juice, blueberries, and nuts have a beneficial effect on the brain and behavior.

This is not the first survey that proves that diets which are rich in fruits and vegetables reduce the risk of developing age-related diseases, such as Alzheimer’s.

Recipe – juice for the well-being of the brain

Put all the fruits in the blender and add a little bit of water, enough to get the engine started. According to the consistency that you desire, you can adjust the quantity of liquid. Bananas and avocados will make the juices thicker, smoother and creamier.

During winter, we can use frozen blueberries, either from our refrigerator (those we have stored in the summer) or from supermarkets. They can also be used in combination with other berries rich in antioxidants, like strawberries, red and black currant, raspberries, blackberries etc.

The neuroprotective aspects of blueberries are especially due to their antioxidants. The scientists’ research has shown that these compounds protect the cells from free radicals, associated with numerous chronical illnesses and reduce the vulnerability at the oxidative stress associated with aging, by improving the functions of multiple organs and systems in the body, especially of the brain.

According to a report made by the USDA Human Nutrition Research Center of Aging, blueberries are the first on the top of fruits with the most powerful antioxidant activity.

From 40 fruits and vegetables taken into consideration, blueberries have proven to have the highest quantity of antioxidants. The most important antioxidant contained by blueberries is anthocyanin, the pigment that gives the color to the fruit.

This group of antioxidants protects the brain from aging, improves the health of the blood vessels, prevents the forming of blood clots, reduces the risk of ocular and cardiovascular disease and stops the development, proliferation and invasion of cancerous cells.

According to the studies, the consumption of blueberries or black grape juice enhances the verbal memory, in the case of a mild cognitive deficit.

The author’s conclusion is that this nutrient can expand the life expectancy and stimulate the cognitive and motor function during the aging process.

Nuts also have an important role in fighting and treating neurodegenerative illnesses, due to the content of anti-inflammatory compounds and antioxidants. The polyunsaturated lipids (Omega-3), which the nuts contains, can reduce the inflammation and oxidation of the brain cells and improve the signaling between the neurons, improving neurogenesis.

The studies have shown that nuts improve the memory, the studying process and they do no contribute to weight gain.