Among the compounds with known medicinal value found in the american aspen are salicin and populin. Both of these glucosides have properties similar to aspirin: anti-inflammatory, fever reducing and pain relieving. But there is more to aspen than that. 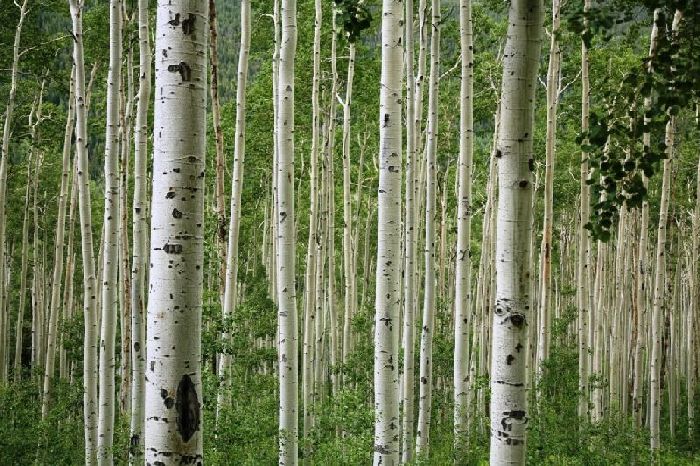 How did the Native Americans use it?

American aspen (Populus tremuloides, also known as golden aspen, mountain aspen, quaking aspen or trembling aspen) is the most widely distributed tree in North America, being found from Canada to central Mexico. Its medicinal uses were recognized unanimously by different groups of Native Americans, who used to consume the internal bark of the tree and even its roots. The Crees, for example, and the Delawares simmered the bark of american aspen and drank the liquor as a cold remedy and to treat cough. The Delawares also used to boil the roots of the tree to prepare a tonic for weakness, while the Chippewas fermented the roots and gave the liquid thus prepared to pregnant women, in order to avoid premature childbirth. The Mohawks prepared a tea from the bark of the tree to get rid of intestinal worms, while the Fox people boiled the buds of american aspen in fat to prepare an ointment for the nose of those suffering from cold.

Other uses: from external wounds to excessive menstrual flow

Nowadays the bark and leaves of american aspen are used mainly for intermittent fevers and for relieving back pain, nerve pain and the symptoms of rheumatism (joint pain and general inflammation), as well as for prostate discomforts and bladder problems.

American aspen is also said to be helpful in cases of chronic diarrhea, as a diuretic and as a treatment for gonorrhea. Other traditional uses of the american aspen include: dyspepsia, stomach pain, flatulence, fibromyalgia, cystitis, excessive menstrual flow and cancer. Aspen tea has also been used externally as a wash for inflammations, scratches, cuts, wounds and burns, and poultices made from the root of the tree were proven to be effective in accelerating the healing of the tissue.

To make a decoction boil 30 g of dried bark in 1 l of water. Always drink at mealtime, because the active compounds contained in the bark of american aspen have the same damaging effect on the stomach as aspirin. And if you want to do it all by yourself, collect the bark in spring, but make sure you gather it from pruned branches or branches that have fallen to the ground.

American aspen (Populus tremuloides) should not be confused with Populus tremula (eurasian aspen, also known as quaking aspen), the species of aspen from which the Aspen remedy of dr. Edward Bach is made.