Myrtle is revered since ancient times, not only as a medicinal herb, but also for its culinary virtue (its leaves have a flavor similar to that of allspice and are generally used like bay leaves) and its symbolic and sacred significance. Greeks and Romans associated myrtle with Aphrodite and Venus, respectively. In the gardens of Athens, myrtle was grown at the feet of Aphrodite’s statues; Romans used it in bridal bouquets, as it was an essential element of prenuptial rites and wedding nights. In Jewish tradition, myrtle is used for decorating the bed in which a baby is born, the bed in which a person dies, and also at weddings, always as a sign of purity, strength and protection. Myrtle may be particularly associated with strength and resilience, or, better said, anti-fragility because of its peculiar reaction to adversity: After it is aggressively pruned or even set on fire, the myrtle grows out even stronger, producing branches with more leaves than before and within a matter of months more than replacing what was destroyed. 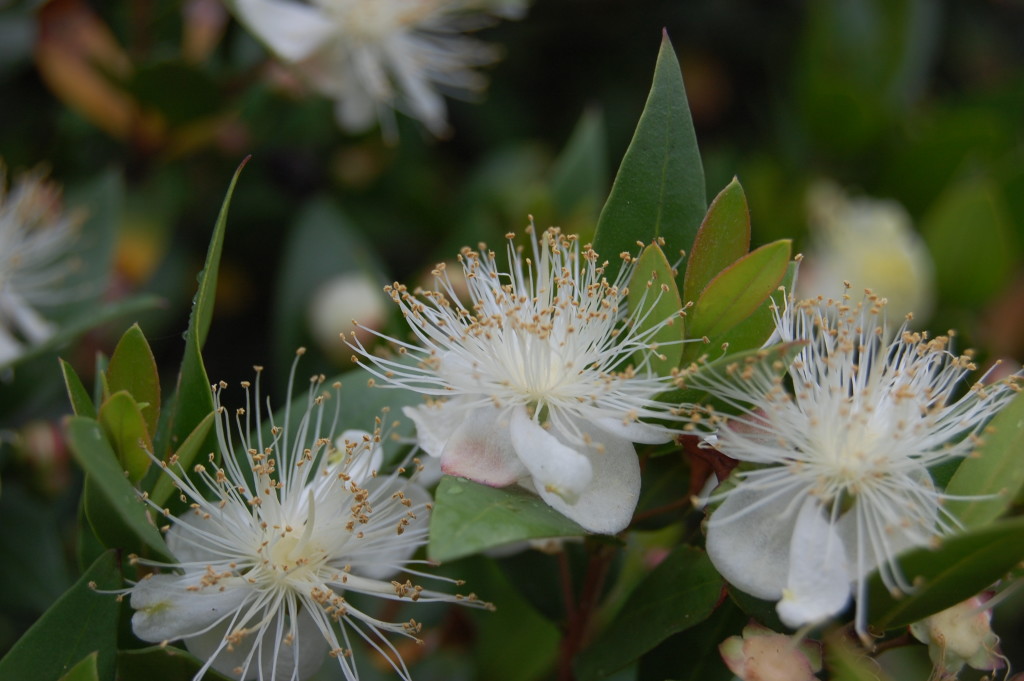 Never use any essential oil directly on the skin. Dilute it with sunflower, olive, sesame or sweet almond oil (1 drop of essential oil per 1 teaspoon of carrier oil).

For bath, dilute 8-10 drops of essential oil in a cup of epsom salt or milk.

For internal use, dilute 1 drop of essential oil in 1 teaspoon of honey.