Ginkgo biloba is a tree that can live almost 1,000 years, being the world’s oldest living tree. Besides this aspect, the ginkgo biloba is also an extremely beneficial plant, containing terpenoids and flavonoids, 2 powerful antioxidants that come with a wide array of medicinal properties. The flavonoids protect the retina, blood vessels, heart muscles and nerves from damage. On the other hand, the terpenoids diminish the platelets’ stickiness and will dilate the blood vessels. The traditional medicine uses ginkgo biloba to enhance the memory and to treat the various circular disorders. Still, this plant has many other health benefits, as you will see below: 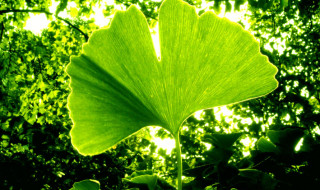 The macular degeneration is a progressive eye disease that leads to the impairment of the retina. It mainly affects the older people. These retinal problems can be easily treated or prevented with the flavonoids in the ginkgo biloba. They are able to protect the eyes against the aging signs and various damaging factors.

From the ancient times, ginkgo biloba has been used to stimulate the blood flow to the nervous system and the brain. At the same time, the most recent studies have demonstrated that this plant can prevent Alzheimer’s disease, by protecting the nerve cells against the aging. The research has also showed that ginkgo biloba improves the thinking and the memory in the individuals suffering from vascular dementia or Alzheimer’s.

Ginkgo biloba is generally known as the brain herb. There are numerous studies out there that have proven that this plant improves the memory and it can help even the patients with dementia. If you want to boost your cognitive performances and your memory, then you should consume fruit smoothies, soft drinks and nutrition bars that contain ginkgo biloba.

Depression is usually caused by vascular insufficiency. If you want to improve this condition, then you should start taking ginkgo biloba supplements. This herb has been proven to treat depression in the older persons. The ginkgo biloba extracts will also boost the regular anti-depression treatments. Also, in case of mild depressions, it can prevent the use of pharmaceutical treatments.

Another condition that can be prevented with the use of ginkgo biloba is the Parkinson’s disease. The inability to coordinate the muscles and the progressive shaking and stiffness of the muscles is triggered by the lack of dopamine. The ginkgo biloba can ease these symptoms. It boosts the blood flow to the brain and it allows the dopamine to penetrate the brain cells.

A small number of studies has demonstrated that the ginkgo biloba extract can prevent the development of blood clots. As a result, it regulates the blood flow to the nervous system and the brain and can prevent strokes. At the same time, the herb can eliminate the free radicals that often affect the brain cells immediately after the stroke.