Diseases like immunodeficiency disorders, diabetes or AIDS create favorable conditions for the development of chronic fungal infections. Moreover, there are certain medications that allow this to happen. 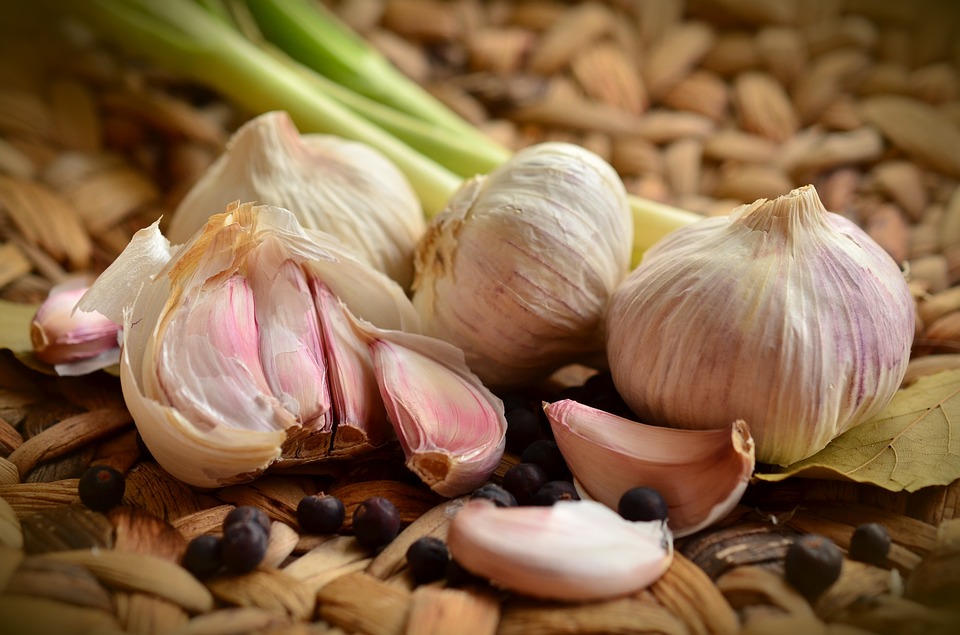 For instance, antibiotics kill pathogens agents but at the same time weaken the good bacteria that are necessary for preventing fungal infections. Excessive utilization can lead to the appearance of a fungus that is resistant to any type of medication.

There are foods and herbs that contain over a dozen substances with antifungal properties that have guaranteed actions upon fungal infections (yeast infection, dermatomycosis and athlete’s foot).

Laboratory experiments have demonstrated that garlic destroys yeast fungus from the vagina and buccal cavity. In a study made at Loma University, specialists administered an extract of fermented garlic to animals that were infected with yeast fungus. After only two days, they were already healed. Moreover, experts affirm that it’s not excluded that garlic could prevent the future illnesses because it has an intensified activity of neutrophils and macrophages. These immunity cells protect the organism from infections.

Therapist Paul Reilly from Bastyr University Seattle recommends daily consumption of garlic cloves, even a whole bulb, for the prevention and treatment of yeast infection.

Garlic doesn’t have curative effects if you swallow it in its natural form. Specialists say that you need to mince, crush, chop or squeeze the garlic.

Cumin fruits and seeds are rich in active antifungal properties which are extremely efficient in combating mycosis.

The safest way to valorize the potential of this herb is to use the essential oil obtained from its seeds, but the most tempting way to treat mycosis is to spice the food (including the bread) with cumin seeds.

Celery roots are a great source of antifungal substances and are really efficient in combating pathogen agents. The persons who are sensitive to mycosis infections or who are already suffering from one should consume daily one celery root.

Chamomile contains over 20 compounds with antiseptic properties which calm the skin rashes caused by microbes and fungus. Apply a chamomile tea compress on the affected area, daily.

Turmeric inhibits the development of different types of fungus – it contains at least 20 antifungal substances.

Besides including the spice in your meals, you can prepare an elixir by adding one teaspoon of turmeric powder into a mug with warm milk.

The laboratory experiments from Pace University, New York, have shown that white tea extract stops the appearance of different types of yeast fungus which cause urinary tract infections, peritonitis, and pneumonia.

As a general caution against microorganisms, you can consume 2 cups of white tea daily.

Cinnamon has exceptional antiseptic properties. It contains over two dozens of antiseptic compounds, and some of them destroy the fungus.

You can use cinnamon in marinated foods, soups or as a condiment for other dishes. To prevent the microbes, you can serve at breakfast some cinnamon tea and a few slices of bread on which you can add cinnamon powder.