Do you often feel incomplete in the morning without eating some bread or cereal? Do you regularly find yourself purchasing a candy bar just to cope with your mid-afternoon slump? If your answer to these questions is “yes,” you’re not alone: An overwhelming majority of people in the Western world are addicted to the short-term energy boosts that carbohydrates are well-known for providing. Unfortunately, since these foods are usually heavily processed and supply our bodies with little more than excess sugar, we often end up craving them indefinitely — with serious long-term consequences for our health. 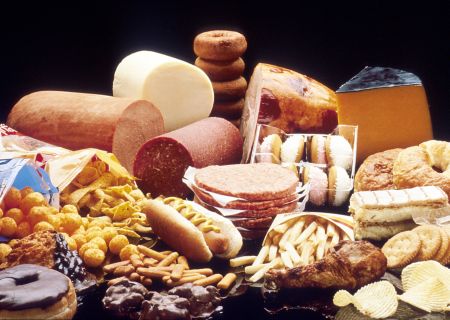 Thankfully, certain nutrients have been shown to minimize or even eliminate unwanted carbohydrate cravings when taken in supplement form. The best of these nutrients are listed below.

Glutamine is an amino acid that plays an important role in protein metabolism. However, it is also a neurotransmitter and one of the two main substances (the other being glucose) used to fuel our brains. When we are lacking in glutamine, our brains must resort to glucose for its fuel, thus triggering that all-too-familiar craving for carbohydrates and sugary foods.

The great thing about glutamine is that it reaches the brain within minutes and almost immediately satisfies its need for fuel, thereby shutting down our cravings for glucose. Consequently, glutamine powder — which is easily purchased online or in health food stores — is one of the best supplements to take for dealing with “emergency” cravings. When carbohydrate cravings arise, take 1 or 2 grams of glutamine powder with water for near-instant relief.

Magnesium is the fourth most abundant mineral in our bodies and is a co-factor in more than 300 biochemical reactions ranging from protein synthesis to nerve function. However, recent studies have also shown that it plays an enormous role in regulating insulin sensitivity. One study by the American Diabetes Association in 2013, for example, showed that higher magnesium intake could lower the risk of impaired insulin and glucose metabolism. Another 2013 study published in Nutrients found that dietary magnesium intake could improve insulin resistance among non-diabetic subjects.

Since poor insulin health is directly related to acute and repeated carbohydrate cravings, it isn’t surprising that sufficient magnesium supplementation can help end them. Perhaps the most bioavailable types of magnesium on the market today are magnesium glycinate and magnesium malate, though many people also report good results with magnesium citrate, taurate, chloride and carbonate.

Like magnesium, the essential trace mineral chromium has a beneficial role in regulating insulin activity and assisting glucose metabolism. Consequently, a sufficient intake of this vital nutrient can help diminish carbohydrate cravings by improving glycemic control. For example, a study published in Diabetes/Metabolism Research and Reviews in 2008 showed that overweight and diabetic subjects who supplemented their diets with 600 micrograms of chromium picolinate (along with the B vitamin biotin) demonstrated improved glycemic control when compared to the control group.

Chromium picolinate is one of the best chromium supplements to take for tackling carbohydrate cravings. For best results, aim for around 600 micrograms of chromium daily.