Unfortunately nowadays, leading a healthy lifestyle can be more difficult than ever. While eating a healthy diet, hydrating properly and exercising regularly are all important for keeping the body fit, there are other threats to human health which exist even in common household items that nearly everyone has in their home. Below are examples of this, household goods which people expose themselves to literally every day and which have been shown to have a harmful effect on the thyroid, the small, butterfly-shaped gland in the throat which is responsible for many important functions, including the body’s metabolism. Read on to find out more about these items and what can be done to avoid them. 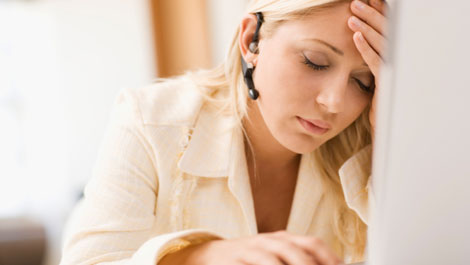 Much tap water throughout this country contains a chemical called percholate, a byproduct of fuel manufacturing which can leach into the public water supply. A study by the Center for Disease Control (CDC) found that this toxin is extremely widespread in sources like tap water. Percholate has a negative effect on the thyroid since it prevents the production of thyroid hormones and can lead to symptoms of hypothyroidism like sluggishness and weight gain. Drinking and using filtered water then, is incredibly important for this reason alone.

While more research needs to be done on this topic, there does seem to be a definite link between pesticide exposure and thyroid dysfunction. One revealing study found that women whose husbands work in agriculture or other professions leading to pesticide exposure, were much more likely to develop thyroid problems. Another study warns that over half of common pesticides now being used today could have an effect on thyroid levels. It is important, therefore, to find ways to minimize pesticide exposure, such as by buying organic foods that do not carry pesticide residues.

While many people are not aware of this, flame retardant chemicals are a component in many common household items, including electronics, furniture and floor coverings. They are based on polybrominated diphenyl esters (PBDE’s) that have been, in several studies, linked to thyroid dysfunction, as well as to behavioral and developmental issues in children.

Plastics are nearly ubiquitous in the average home, but contain several compounds which are potentially harmful to the thyroid gland. One of these is antimony, which leaches out from plastic bottles and thus enters into the beverage which contains it; it is has been found in fruit drinks and juices that come in plastic bottles at much higher levels than what is considered safe. Another concern is the chemical bisphenol A (BPA), which is used in plastics and the linings of canned food and which has also been linked to thyroid disruption.

Nonstick skillets and other products may seems like a great idea and making cooking and cleaning easier, but they come with a hidden price. They contain perfluorooctanoic acid (PFOA), another chemical which can disrupt the functions of the thyroid gland and lead to hypothyroidism.

In short, there are many common items, found in the majority of homes, which contain chemicals that have been linked to thyroid dysfunction and can pose serious long-term health problems for those who are exposed to them. Knowing these sources and avoiding them, then, is a great way to limit exposure to these compounds.