Hot chocolate seems to be the best medication for all the conditions that appear during the cold season. Somehow, it seems that regardless of the season, the body’s needs are always met through the foods and plants that are surrounding us throughout the whole year. For instance, in the autumn or winter, when we are cold and we feel like we might be catching the flu, we always have the tendency of drinking a cup of hot tea or hot chocolate. You might be surprised, but this thing happens for a reason. 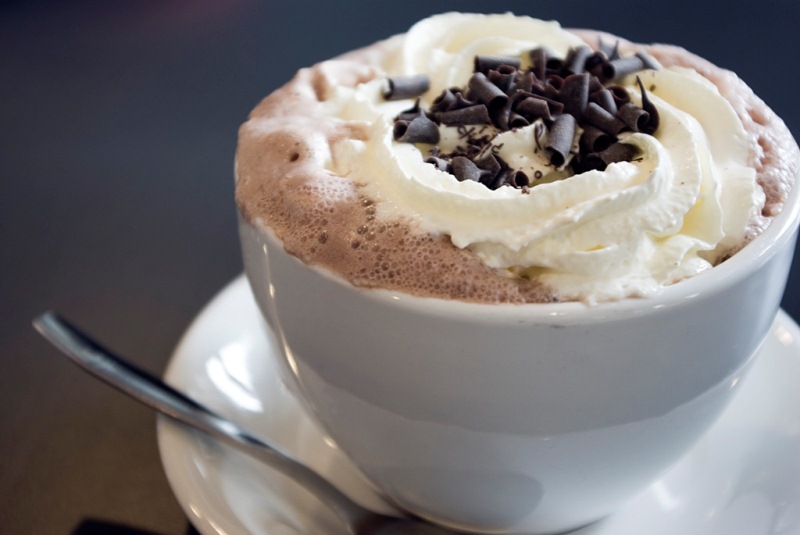 Cocoa has antiviral and immune-stimulating properties

A recent study performed in Japan showed that only one cup of hot chocolate per day can help us during the flu season and maintains our health. The researchers performed their studies on cells, made experiments on animals and implied people in their clinical trials.

The studies performed on cells revealed the fact that cocoa extract will inhibit the flu in canines that have been infected with the flu virus A and B and with the aviary virus.

The studies performed on animals showed that cocoa extract had a preventing effect on the flu and it also improved the survival rate. The rats have been fed with cocoa for four days before being infected with the flu virus. The dose of cocoa they received equals the dose humans use on a regular basis, meaning a cup of hot chocolate.

These discoveries have also been tested on humans. 123 people were separated into two groups, both of them being vaccinated against the A flu virus. Three weeks before and after the vaccine they received a cup of hot chocolate while the control group did not receive anything.

After two weeks, in the persons who consumed cocoa, the natural cell killer had an accelerated activity. They recognized and eliminated the cells that were affected by the flu virus, in order to prevent its spread through the rest of the body.

How does it work?

The scientists concluded that consuming warm water and cocoa can help the body protect itself from the flu virus and from the potential flu too. Cocoa will have an inhibiting action on the infections caused by this virus by stimulating the body’s natural immune system.

Hot chocolate also has an anti-inflammatory effect and the Japanese researchers also showed that chocolate will increase the activity of the natural cell killer  against cancer cells.

Other properties associated with chocolate

In order to obtain maximum efficiency, it is recommended the consumption of dark chocolate, which has a concentration of over 70% and a low amount of sugar. So, grab a cup of hot chocolate and make a habit out of it! You will not be disappointed.