It is said that depression is the disease of our generation. More and more people seem to be affected by it and it occurs even in younger people such as adolescents and individuals in their 20s. Depression can be caused by numerous factors such as substance abuse, emotional, physical or sexual abuse, serious illnesses, certain medications, personal problems, disputes or conflicts, genetics, loss or death of a loved one. Depression can manifest in various ways, some of its most common signs being decreased energy and fatigue, insomnia, difficulty in concentrating, digestive problems and headaches, appetite loss or overeating, thoughts of suicide, loss of interest in various hobbies or activities, pessimism and restlessness. Depression is a sensitive subject and disease, but this doesn’t mean it cannot be cured with natural remedies and the love and help of those around you. 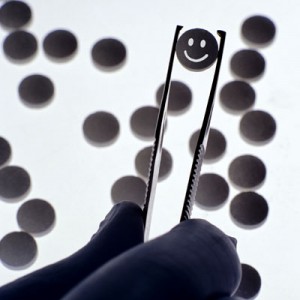 These are the good fats that help your brain function normally. They cannot be produced by our bodies, so we need to take them from other sources. Numerous studies have shown that a low diet in omega-3 fatty acids can lead to depression. For example, in Taiwan and Japan, where there is high fish consumption, there is a much lower depression rate as compared to North America.

Other studies have demonstrated that the antidepressants taken with omega-3 are far more effective than when taken alone. Omega-3 fatty acids can be found in fish like anchovies, sardines and salmon. However, the best sources for these fatty acids are the fish capsules. They can be found in drug stores and in health food stores. Make sure to keep them in the refrigerator so as to prevent them from going rancid.

This herb has been used from ancient times against poor sleep, nervousness, worry and sadness. In the modern times, numerous studies have shown that St. John’s wort is efficient in fighting against moderate and mild depression and its effects can be compared to those of an antidepressant, with the only exception that is has fewer side effects. However, it is not that efficient when it comes to major depression.

You can consume it in tea, capsules, liquid extracts and tablets and you must continue the treatment for at least 6 weeks in order to see any effect. This plant features adverse effects such as fatigue, dizziness, indigestion and dry mouth. Also, it’s not recommended for those with kidney or liver disease and bipolar disorder or for children and nursing or pregnant women.

Its official name is S-adenosyl-L-methionine and it is a chemical produced naturally by our body. It is helpful for increasing the dopamine and serotonin levels, which are considered to be the hormones for happiness.

SAM-e can be found at selected drug stores and health food stores in the form of supplements. So as to be absorbed correctly, it must have an enteric coat. Its only disadvantage is that it can be quite expensive. Still, when it comes to your health, money must be the least of your problems.

Other natural remedies for depression can be folic acid, magnesium and vitamin B6. Also, try to avoid as much as possible the intake of alcohol, caffeine and sweets.