Oral thrush is a fungal infection characterized by creamy white, slightly raised lesions which appear mostly on the tongue and inner cheeks, but also sometimes on the roof of the mouth, gums, tonsils, or back of the throat. The infectious agent is a fungus from the genus Candida, which, in small amounts, is present on the skin and in the mouth and intestines of healthy people. Usually, in these places there are also other saprophytic microorganisms which prevent the candida fungus to grow beyond a physiological limit, but this balance can be disturbed by intensive stress or certain illnesses and medications. Thus, the most efficient treatment of oral thrush involves antifungal agents, which can be found, thankfully, in many herbs. We will now outline some of the most potent of those herbs, grouping them according to different forms of administration. 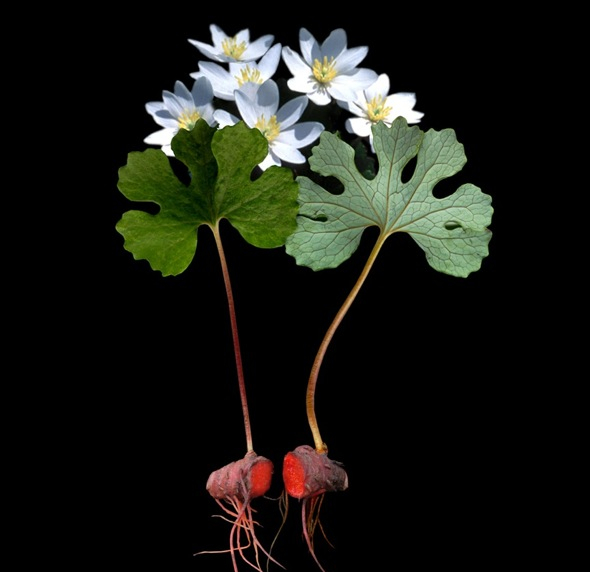 A paste can be made from goldenseal root powder and bloodroot root powder. Mix these powders in equal quantities and add castor oil until a paste is formed. Both goldenseal and bloodroot contain berberine, a substance with antifungal properties demonstrated by numerous scientific studies.

For example, some of the molecular mechanisms of action of berberine against Candida albicans were elucidated by a study published on PLoS One in 2014.

Plantain seeds (psyllium) can be soaked in water until they swell (which will usually take 8-12 hours) and form a gel-like substance.

The antifungal activity of plantain was outlined by a study published in Mycoses in 2009.

Tinctures of myrrh, licorice and echinacea can be mixed in equal quantities and applied directly on the lesions or 50% diluted with water to obtain a mouthwash.