Ashwagandha is recognized as one of the most powerful herbs used in Ayurveda, which is traditional Indian medicine. Nonetheless, in the last couple of years, this herb has experienced significant growth in popularity. That’s, mainly, because it has an extended range of health benefits for both men and women. It is helpful in treating fatigue, chronic stress conditions and anxiety disorders, various pains, gastrointestinal diseases, diabetes, chronic fatigue syndrome, rheumatoid arthritis and many others. Concurrently, Ashwagandha is known as an adaptogenic herb, being useful in balancing the thyroid’s function. 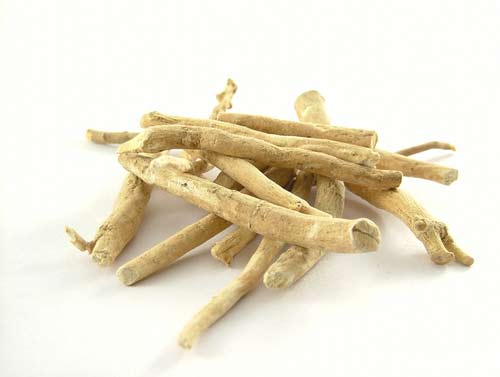 This herb is a shrub that originates from India, the Middle East, and North Africa, and it can reach a height of three feet. Typically, the leaves are used in this ancient medicinal system, but it would appear that the root encompasses a range of properties that account for the herbs ever-growing popularity. Apparently, the traditional name of the plant points its healing properties. Many refer to Ashwagandha as “Indian ginseng” due to its incredible energizing benefits.

The chemical compounds present in this herb outline its immense potential in curing a vast range of health problems. As a matter of fact, multiple studies indicate that Ashwagandha comprises of anti-inflammatory compounds, which have a beneficial impact in treating low blood pressure. Simultaneously, the herb consists of soothing properties for the nervous system and strengthens the immune system.

Without further ado, let’s get acquainted with the primary health advantages that Ashwagandha has:

Stress is, in many cases, the underlying root of multiple health problems. In fact, did you know that nearly 60 percent of all diseases are, to some extent, linked to stress? Anxiety and stress are two primary factors that have become part of our daily existence. Finding effective ways to cope with them efficiently is highly recommended.

On that account, Ashwagandha can be helpful. One study indicates that a high concentration of this herb contributes to diminishing stress levels in people dealing with anxiety disorders. Tests also pointed that levels of cortisol, which is known as the stress hormone, significantly decreased as well.

Besides relieving stress, Ashwagandha is a natural ally in supporting the cognitive function. Studies point that not only does this herb improve reaction time, but it may be helpful in repairing disorders of the nervous system. That is important especially for individuals suffering from cognitive conditions such as Parkinson’s and Alzheimer’s disease. Multiple studies carried out have shown that Ashwagandha slows down, reverses or stops the degeneration stage of the brain cells.