Colon cancer is much more prevalent than you think; it is the second most deadly type of cancer in this country. That is, unless the patient tried curing it – or preventing it altogether – with the help of natural means or alternative medicine. 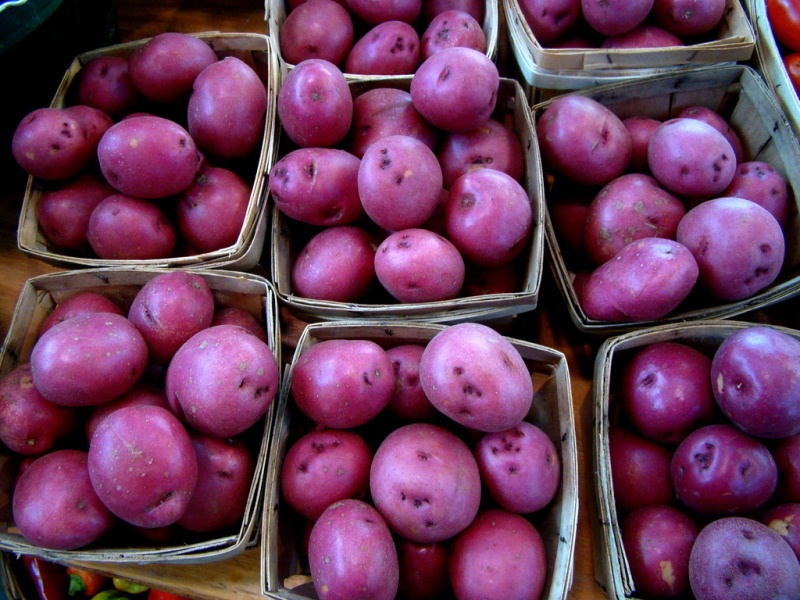 “Chris Beat Cancer” is a website manned by Chris Wark, who was able to overcome cancer through alternative means and now he preaches that to others who seek to do the same. Of course, prevention is better than trying to cure something, so it’s always a good idea to avoid stress, exercise enough and keep a healthy diet. Diet is actually very important, as there are certain foods that have been found to be great in preventing colon cancer, such as purple potatoes.

The benefits of starch

The type of starch that can be found in purple potatoes is very important; it’s called resistant starch and unlike regular starch, it’s not transformed in sugar as soon as it’s digested. Instead, it ends up disappearing while you cook the potatoes, and it comes back once the potatoes have cooled off.

Purple potatoes have a really high content of this resistant starch, which works to fight tumors, thanks to its chlorogenic acid. This is an antioxidant that is found most in food that is either refrigerated or raw.

A food researcher from the University of Colorado School of Medicine goes on to explain that this kind of starch can also be encountered in green bananas, beans, peas, and in products like pasta salad and sushi rice. They must all be eaten at room temperature.

The benefits of purple potatoes

The main thing that makes the color purple a valuable contributor is its content of anthocyanins, which fight the colon cancer stem cells. Because these cells are typically only made stronger by regular treatment, it is vitally important to reduce them through other means. Otherwise, the cancer continues to reappear and spread.

This was demonstrated by a study conducted by Penn State University, which made use of baked potatoes, and not raw ones. That strengthened the resolve that anthocyanins are crucial in the fight against colon cancer cells.

A researcher compared cancer cells to weeds, saying that even if you cut out the cell, the “root” is still there, and it will continue to grow more cells, just like weeds. They need to be completely taken out of the system, in order to stop them from spreading.

The best course of action is to choose organic purple potatoes from health food stores. If you can’t bake them due to their small size, you can combine them with sea salt and organic butter and mash them together.

In conclusion, you have nothing to lose by upping your consumption of purple potatoes, and everything to gain. They have been proven to be an important and valuable ally in fighting the colon cancer cells and they can be your salvation from a ravaging disease that kills so many people every year.