“Baking soda cures cancer” is just another story that “virusated” the social networks and has managed to gain many likes and shares. Despite its tremendous popularity among common users, this recipe has no scientific backup. There are no clinical trials to confirm the efficacy of this miraculous mixture and its effect on cancer. 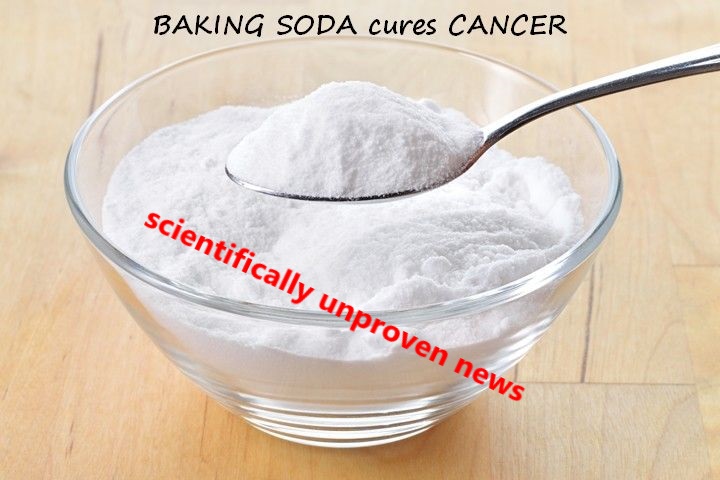 People should understand that:

If this mixture is so miraculous, what stops doctors from using it? Is it because they simply want to overdrive cancer pacients through chemotherapy or see them dying?

You’ve probably heard of very rich people, relatives or even children of physicians who have died from cancer. Even doctors die from this dreadful disease. What stopped them from using this miraculous treatment? Is it because they were tired of life and wanted to die? It’s simply ridiculous that some doctors can afford to argue that this magical mixture actually works in all cases.

The explanation given by these “medical” news pages is that doctors do not prescribe this remedy because it’s shameful inexpensive. We ask the same question: did rich people preferred to die just to avoid using a cheap treatment? Or did doctors preferred to see their relatives or even children die just to avoid other’s reproaches they turned to a cheap treatment? This is ridiculous and simply childish.

Since 2008, this sensational news was scientifically countered and it’s no longer circulating in countries were both the government and health ministry want citizens to be correctly informed.

We haven’t found yet those studies that prove baking soda can cure cancer. Hopping that this post reaches those doctors who say that there are many pacients out there who have successfully used baking soda to treat cancer, we invite them to tell us about those studies.

We want to see institutionally certified studies and not simple news published on the internet or in different journals invented by doctors who no longer have the right to practice.

DON’T LET YOURSELF BE FOOLED by quack doctors who pretend to have the miraculous solution to cancer and other chronic diseases.

Medicine is a science practiced by well-meaning scientists who have made the mankin healthier so far. Make sure you document yourself well on the secondary effects of baking soda.

THE STORY behind this miraculous treatment

His right to practice was taken in 2003, and in 2006 he was convicted by an Italian judge for wrongful death, manslaughter and fraud.

Dr. Simoncini claims that all tumors contain fungus. But none of them have been found at biopsy. Test animals have been exposed to Candida albicans and no evidence was found that this exposure could cause cancer.

An impressive amount of websites around the world offer explanations why this remedy works and why it’s not accepted. However, they don’t  provide scientific evidence to support their claims or links to clinical trials made by credible competent institutions.

There is no evidence that sodium bicarbonate can treat fungal infection.

Scientific evidence available so far contradict the hypothesis that sodium bicarbonate works as a treatment for all types of cancer.

SIDE EFFECTS OF BAKING SODA

Administered in high doses, sodium bicarbonate can cause serious health problems or even death.

“… There is no scientific data that justify the administration of sodium bicarbonate in patients with cancer … sodium bicarbonate administration is actually risky for patients with hypertension, lung, heat or kidney diseases, and even for cancer patients . The body’s balance can be completely disturbed when large amounts of baking soda are administered. In severely ill patients, this can lead to organ damage … “