Shepherd’s purse (Capsella bursa-pastoris) is not only a medicinal plant, but also one with culinary attributes. Its leaves can be consumed as part of salads or soups, being an excellent protector against stomach pain or diarrhea. Traditionally it is used mainly for its hemostatic properties, but its most amazing property is that of regulating both high and low blood pressure, a property which will save you a great deal of stress, because you won’t have to worry about an eventual excessive dosage. (This does not mean, of course, that you can exceed the usual dose on a daily basis, because shepherd’s purse can cause several side effects that you surely don’t want to experience.) 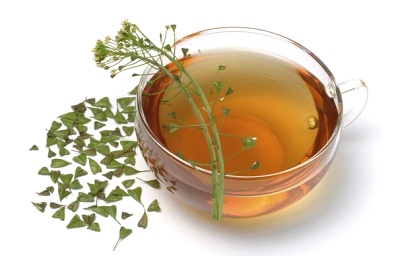 Shepherd’s purse is contraindicated during pregnancy (because it stimulates uterine contractions and can cause a miscarriage) and two weeks before surgery (because it can exacerbate the effects of anesthesia on the central nervous system).

Shepherd’s purse is to be used with precaution by those with a history of kidney stones (because it contains oxalates, substances that can form kidney stones) or undergoing a treatment for thyroid conditions (because it can interfere with certain medications).