Most people think that forgetfulness comes naturally with age. Many persons link the various episodes of memory loss with ageing, although, according to researches, there are many other factors that can cause memory disorders even when it comes to young people: alcohol abuse, nutritional deficiencies, head injuries or dementia and strokes. 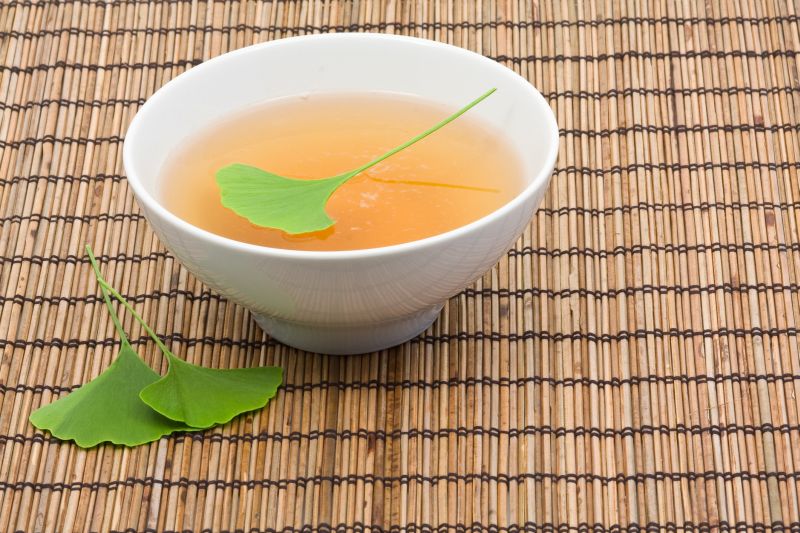 Whether this tea prevents or treats memory disorders, it represents the best choice as it contains the most efficient herbs for cognitive function improvement.

Mix all these herbs and keep them in a paper bag or in a jar. To prepare a cup of tea, use one teaspoon of this mix and 1 cup of boiled water. Let it infuse for 5-7 minutes, then strain it and add honey.

Among the various benefits, Gingko Biloba has one special propriety that makes it famous in the medical world: it can improve memory. It is beneficial for both the elders and those suffering of cognitive decline. The numerous scientific studies revealed this amazing propriety of helping the memory and cognition of Alzheimer’s or vascular dementia patients by simply protecting the damaged nerve cells. Gingko Biloba improves the memory, learning and social behavior ability, the ability to perform daily activities and it also reduces depression.

Various lab tests also showed that this plant is beneficial in improving blood circulation throughout the central nervous system and enhancing the general brain development and cognitive functions.

These effects are triggered by the flavonoids and terpenoids found in the plant, two chemical substances containing important antioxidants that fight against the free radicals that cause Alzheimer’s disease or dementia. Various studies conducted on lab rats showed the ginseng efficiency in treating memory disorders. The rats performed significantly well at labyrinth tests after they received different ginseng doses. Hence, it has been discovered that this plant activates the neurotransmitter functions that stimulate memory.

Nowadays, the scientific studies confirm that rosemary has a beneficial effect on memory improvement. This has been asserted by traditional medicine long time ago. Similar to gingko biloba, rosemary has remarkable antioxidant proprieties that neutralize the free radicals. One study suggests that when rosemary is used in aromatherapy it can reduce the cortisol levels and, implicitly, the anxiety. Rosemary oil, along with other essential oils, reduces stress and enhances the concentration and memory ability.

Experts think that sage contains active ingredients that influence the transmission of messages within the brain. A group of scientists at Newcastle University and Northumbria University tested 44 persons using sage and a placebo. The results showed that those who took sage had a better performance on a memory test.  The researchers believe that sage also has positive effects for Alzheimer’s patients, because the experiments showed that this plant increased the levels of certain brain chemicals that are usually lower when a person suffers of Alzheimer’s disease.