Turmeric is one of the strongest natural anti-inflammatory plants. Scientific studies have confirmed that it is as effective as conventional drugs in relieving joint pain. Turmeric proved to be more efficient than pharmaceutical analgesics in treating not only PMS symptoms, but also their causes. 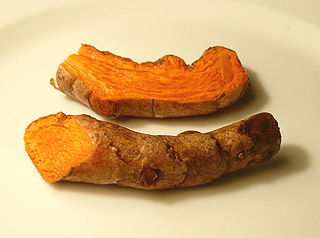 The premenstrual syndrome affects women physically, mentally and behaviorally. Symptoms begin in the first phase of the menstrual cycle and disappear after the onset of menses. Most women with PMS take Nonsteroidal anti-inflammatory drugs to reduce menstrual pain, notwithstanding the fact that they have dangerous side effects. The most popular are ibuprofen, aspirin and Tylenol.

A safe and natural alternative can be turmeric, which helps to reduce symptoms by treating the imbalance in the body at a much deeper level. A recent study published in the ‘Neuropeptides’ Journal showed that the main polyphenolic compound in turmeric, called curcumin, helps to increase an important hormone in the nervous system, the Brain–derived neurotrophic factor (BDNF). This drops significantly for women with painful or heavy flow menses.

Researchers found that in women with premenstrual syndrome, the BDNF levels suffered more changes than in women without this disorder. Studies conducted over the past years showed that turmeric has outstanding neuroprotective effects and that it can increase BDNF levels.

Curcumin taken before and after menstruation

Researchers evaluated the effect of curcumin on 70 young women with premenstrual syndrome. They were divided into two groups. One group received two placebo capsules per day, and one group received two capsules of curcumin, 100 mg every 12 hours for a week before menstruation and three days after menstruation. The treatment was taken for three consecutive months (3 successive cycles). Women were encouraged to record symptom severity using questionnaire. Their BDNF levels were also evaluated through blood tests. The results showed that women in the group that received turmeric had higher levels of BDNF and less painful symptoms.

How does it work?

Researchers believe these benefits of curcumin are caused by the modulator effect that this compound has on some neurochemical compounds associated with premenstrual syndrome, such as the neurotrophic factor, norepinephrine, dopamine, and serotonin. These compounds have an important role in the regulation of mood and behavior.

Through the modulation of the serotonin levels, curcumin also has antidepressant effects. A study showed that the turmeric extract is superior to Prozac in treating depression. It doesn’t only regulate the neurotransmitter, but it also has anti-inflammatory properties.

The use of painkillers or anti-inflammatory drugs for a long term can have some severe side effects such as gastritis, gastrointestinal upset, acidity or even kidney failure. Although there are many over the counter drugs that you can buy, try using turmeric as a natural choice. You can use it in your daily diet, in soups, rice or even in milk. There are also tinctures and supplements available according to your choice and needs. Do not use turmeric if you have diabetes, gallstones, gastrointestinal diseases or before surgical procedures.