Allergic rhinitis or hay fever represents the response of the body to different substances and allergens. Hay fever affects numerous people all over the world and it’s extremely common among small children and infants. Hay fever is usually caused by allergens such as mold, pollen, cat saliva, dust, fumes, animal dander, high pollution, cigarette smoke, humidity, cold temperatures and exposure to chemicals. When your body senses such an allergen, it immediately releases the chemical called histamine that will affect the membranes of the palate, sinuses, eyes, throat and nose and will cause the symptoms that remind of the cold or the flu. 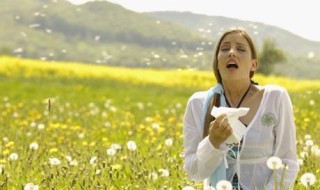 Some of the most common symptoms are itchy skin, sneezing, excessive fatigue, runny nose, frequent headaches, stuffy nose, hives, itchy nose, watery eyes, sore throat or coughing. Hay fever can affect your everyday life and for this reason, it must be treated as soon as possible with efficient home remedies.

Hay fever can be efficiently treated with ginger. This herb is a natural antihistamine and it boosts the immune system. It can reduce the nasal swelling thanks to its anti-inflammatory properties. To get rid of the headaches, the cough or the runny nose, you could chew some fresh ginger root cut in small pieces. Sprinkle them with a pinch of salt and consume them a few times per day. Ginger tea is also effective. Use grated fresh ginger to make the tea and drink it three times a day until you recover.

The hay fever symptoms can be reduced with the help of chamomile. This plant is a natural antihistamine and antioxidant. Prepare a cup of chamomile tea with hot water and dried chamomile flowers (2 teaspoons). Add honey and lemon juice after you strain it and drink it up to 4 times per day. Continue the treatment for almost 3 days. You can also use the chamomile tea for steam therapy. Make a bowl full of chamomile tea, cover your head with a towel and sit over the bowl for 10 minutes. Use this type of treatment once a day.

Onions contain quercetin, a natural anti-inflammatory and antihistamine substance that can offer relief from symptoms such as sore throat, runny nose and cough. Cut some onion slices and chew them slowly. Repeat the process a few times per day until you see any improvement in your hay fever symptoms. At the same time, you can mix some hot water with onion juice (4 tablespoons) and gargle with the solution a couple of times daily till the symptoms disappear.

This herb is efficient in treating the symptoms associated with hay fever. Nettle is a natural antihistamine and it reduces the inflammation that forms in the upper respiratory tract. Thus, it eases the itching, sneezing, coughing and congestion. Prepare a cup of nettle tea with hot water and dried nettle leaves (1 tablespoon). Let it steep for almost 5 minutes and after that add some honey and drink it thrice a day until you have no more hay fever symptoms. You can also prevent hay fever by taking nettle on a regular basis 30 days before the allergy season.

Other home remedies for hay fever include the use of apple cider vinegar, garlic, honey, steam, salt water and turmeric.