A boil is a skin abscess or infection, and its cause is generally the release of toxins in the skin. Often triggered by the same factors as acne – bacteria, dust, dead skin cells, or sweat that clog the follicles – a boil is much more painful and unaesthetic than pimples. Another possible cause of boils is a weak immune system, which cannot fight bacteria, leading to infections. But you can get rid of this disturbing ailment with castor oil. 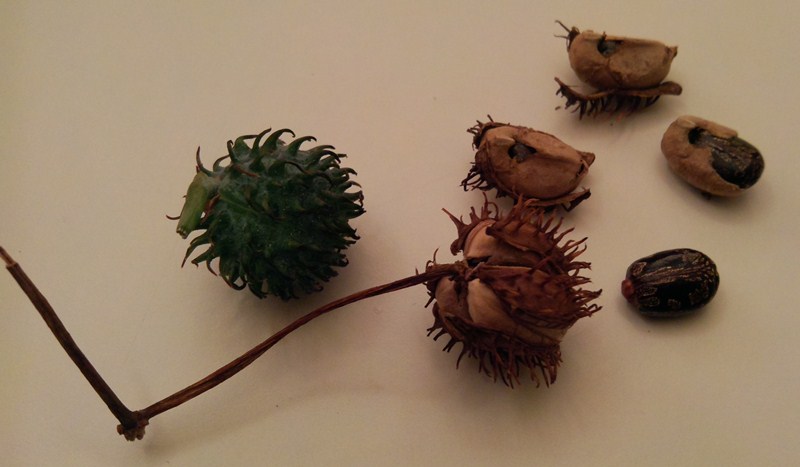 First of all, castor oil has antibacterial, antifungal, and antiviral properties, which means that it fights off bacteria causing the boil and inhibits its growth. Another attribute of this oil is its anti-inflammatory properties, due to the ricinoleic acid, a potent agent that eases the inflammation and reduces the pain. Also, it boosts the immune system, which means that the risk of recurrence is considerably reduced, and the body is helped to fight the boil naturally.

How to Use It?

There are two major ways of using castor oil, internally and directly on the boils. If you apply the oil on the affected area, it helps to heal the boil quicker, and reduces the inflammation and swelling, also inhibiting the bacteria to grow. On the other hand, its ingestion strengthens the immunity, which is also useful in the case of boils. Let’s see some methods of using this excellent oil in order to get rid of boils.

On a cotton ball, pour 5-7 drops of castor oil and apply on the affected skin area, put a bandage on it and let the oil there overnight. If you do this during the day, let it there for at least 3 hours.

To improve the effect of castor oil, after placing the cotton ball on the boil, you can also put a warm compress on top of it. Our recommendation is to do this daily for the best results.

For this natural remedy, you need one teaspoon of turmeric powder and several drops of castor oil. Mix them and apply the paste on the boil.

What is great about this solution is that you can actually use it to heal boils inside the nose, which are difficult to reach.

For boils inside the nose, use a cotton swab. Also, let the paste there for only a minute or two, and then rinse thoroughly with lukewarm water. For boils on other parts of the body, you can clean the paste after 20 – 30 minutes.

In a small recipient, mix 7-8 drops of castor oil and one teaspoon of castor oil. Then, apply the paste you obtained on the infected area and cover it with a bandage. Leave it there overnight or for several hours. Repeat the process daily, always using a new bandage.

Make sure you wash your hands and the boils thoroughly before and after each treatment using an antibacterial soap, preferably a mild one. Otherwise, you risk spreading the infection to other areas.