Chestnuts are an amazing source of powerful nutritive and healing compounds. They encompass healing properties especially in treating various vascular and renal diseases. Given their richness in nutritive and energizing compounds, chestnuts are particularly indicated for older people and children. 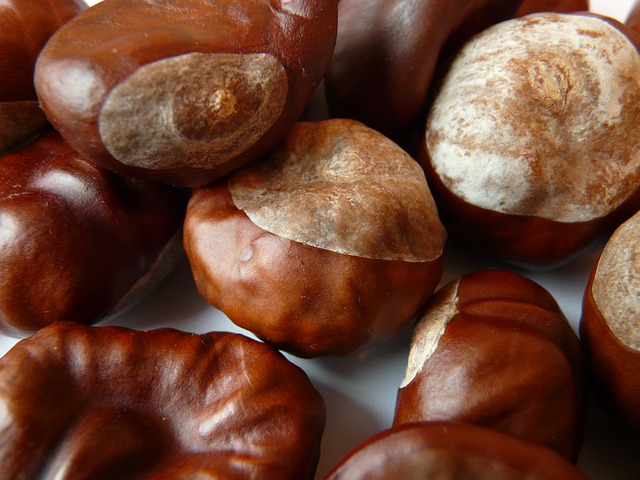 Chestnut is the most effective natural remedy for treating varicose veins

James A. Duke, the famous botanist, in his widely acknowledged book – “The Green Pharmacy” – warmly recommends chestnuts in treating varicose veins and hemorrhoids. Additionally, Dr. Varro Tyler – dean and professor of pharmaceutical science in natural medicine at the University of Purdue in the United States – affirms that horse chestnut seeds are the most effective natural remedy for curing varicose veins. As a result, the German European Commission officially approved the administration of horse chestnut for this particular health purpose.

Chestnut intake is also useful in reducing symptoms associated with the swelling of the inferior membranes, pain, rashes, or a disturbing general sensation of heaviness in the legs.

Researchers discovered that chestnut extract presented an amazing antioxidant action, increasingly superior to vitamin E and other 65 plant extracts tested in this regard. Thanks to its richness in powerful antioxidant compounds, this extract presents anti-aging properties on the skin, as well as protective properties on the blood cells and vessels.

For the preparation of this tea, you will need two tablespoons of chestnut covers for a cup of water. You need to boil it for 15 to 20 minutes and afterward strain it. The obtained tea is recommended for external use only. You ought to apply it to your affected area or use it in baths in treating frostbites.