Lemon balm is known as balm mint or lemon verbena. This plant acts similar to an effective nervous tonic while at the same time presenting amazing calming effects. 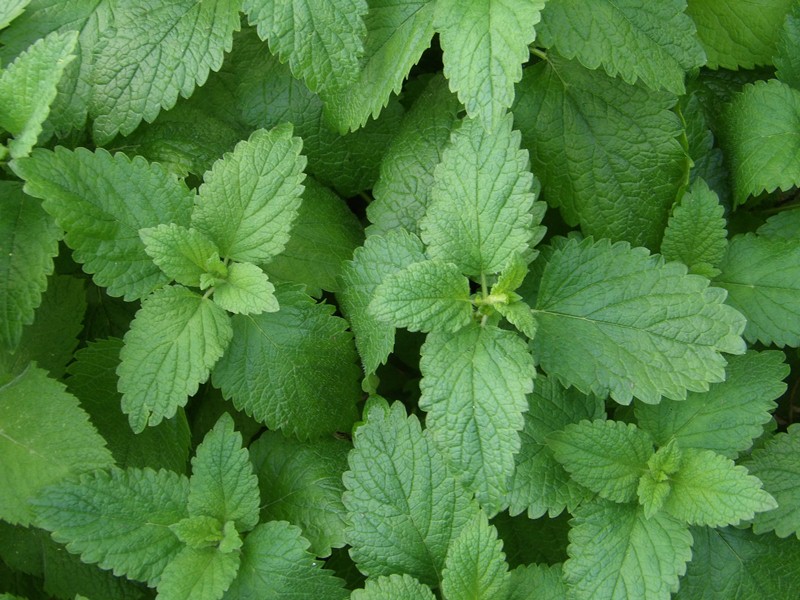 Due to the calming effects it encompasses on the nervous system, lemon balm effectively reduces nervousness and headaches caused by excessive stress. Moreover, it features anti-aging properties, being amazingly effective especially in preventing the aging of the nervous cells while significantly contributing to improving the memory. This plant is also an effective, not so popular remedy in treating Alzheimer’s disease.

Thanks to its antioxidant properties, lemon balm is effective in treating a wide range of diseases common to elderly people. Its antioxidant nature aids at combating the detriments caused by free radicals.

In the long run, the most effective remedy for treating common psychiatric disorders, including acute depression, insomnia, bulimia, anorexia, post-traumatic memory loss and weariness, is lemon balm powder. A normal treatment should last for 4 to 6 weeks during which you take one teaspoon of lemon balm powder four times a day. The powder is obtained by grinding the dried lemon balm. You may also purchase this plant in naturist shops.

Lemon balm tincture is equally effective. Six teaspoons a day should be consumed for an effective treatment. These naturist remedies do not lead the addiction.

Medicinal remedies containing lemon balm aid at limiting the activity of the thyroid hormone. In this regard, women affected by thyroid disorders can consider a two-month treatment using lemon balm infusion. One liter of lemon balm tea should be consumed a day. After a two-week pause, you may restart the treatment.

Lemon balm is one of the most effective plants for treating the most common hormonal disorders, including abnormal menstrual cycle and menopause. This plant can significantly diminish the main symptoms associated with menopause such as headaches, abdominal pains, irritability, spasms and hot flashes.

For treating all these disturbing symptoms, you may take lemon balm as such or combined with Lady’s Mantle. The treatment should last 4 weeks.

Lemon balm presents soothing effects similar to treatments such as diazepam that is mainly utilized in treating anxiety, insomnia, amnesia, agitation, and nervousness. For this reason, you shouldn’t use this plant if you’re taking sedative medicine or antidepressants.

For treating hypothyroidism, lemon balm isn’t administered for long periods of time, but in small doses for short periods of time. In this regard, it is best to consult with your doctor.