“The dose makes the poison.” This adage of Paracelsus, while true even for water or oxygen, is to be taken seriously especially when dealing with plants such as cyclamen. This is a plant traditionally used by some people for treating whooping cough, headaches or sinusitis, and confirmed to have antioxidant, analgesic and anti-inflammatory properties by certain scientific studies. But at the same time it is known to have serious side effects when overdosed, sometimes the poisoning being even fatal. 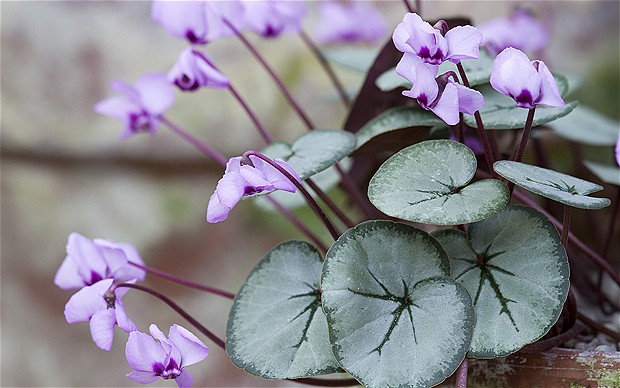 Extracts from various cyclamen species have been proven to contain triterpene saponins, some of which showed cytotoxic activity when tested against certain cancer cells (in Cyclamen trocopteranthum and Cyclamen persicum, for example, the citotoxic activity was weak to moderate, while in Cyclamen hederifolium it was completely absent).

There are also studies that demonstrate the antioxidant activity of, for example, Cyclamen mirabile and Cyclamen graecum and Cyclamen africanum (three studies published in African Journal of Biotechnology in 2011, in Journal of The Chemical Society of Pakistan in 2013, and in Advances in Environmental Biology in 2014, respectively) or the analgesic and anti-inflammatory activity of Cyclamen repandum (a study published in Phytotherapy Research in 2007).

Cyclamen was also proven to be effective in the treatment of acute rhinosinusitis by two studies published in 2012, one in Laryngoscope, the other in Rhinology. In fact, there is even a nasal spray marketed as a fast sinusitis relief that is based on cyclamen extract.

Cyclamen is unsafe in doses higher than 300 mg. Usual symptoms of poisoning include nausea, vomiting, stomach pain and diarrhea. In cases of severe poisoning, it causes cold sweats, spasmodic movements and breathing problems that can result in death.