One of the first identified actions of histamine was the constriction of respiratory smooth muscles. And histamine is also an important immune protein that causes swelling and inflammation when it is released. The body of an asthmatic person interprets most of the small particles inhaled in the lungs as dangerous and activates the immune system. As part of this response, mast cells are activate to release histamine into the sensitive inner surface of the lungs. The release of histamine in the lungs means that the same swelling and itching that happens when you get biten by, say, a mosquito, occurs in this case deep within your lungs and upper respiratory tract, closing up some of the pulmonary alveoli and significantly narrowing the bronchia and the trachea. So what does this have to do with Coleus? Well, coleus seems to be the most potent herbal antihistamine. 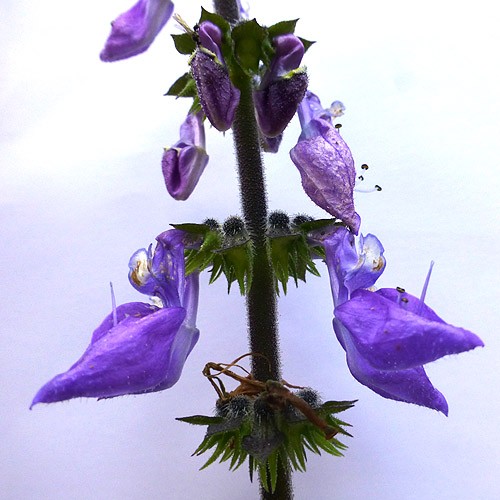 Forskolin, the main active component of coleus, essentially stabilizes the mast cells in the lungs and keeps them from releasing massive amounts of histamine. Another mechanism of forskolin’s action is the increasing of the cellular production of cyclic adenosine monophosphate (cAMP) by activating an enzyme called adenylate cyclase. In allergic conditions, asthma included, the levels of cAMP seem to be significantly decreased.

– eczema (It is believed that the central nervous system’s ability to activate beta-agonists – chemicals that stop the release of histamines, which are responsible for skin inflammation, too – is one the causes of eczema. Studies have shown that forskolin is not only an excellent antihistamine, but also a reactivator of beta-agonists.)

– idiopathic congestive cardiomiopathy (Through activating the production of cAMP, coleus increases the contractility of the heart muscle. Also, the release of histamine by the mast cells is a process known to be implicated in heart disease, including the development of heart failure.)

– high blood pressure (Again, through cAMP, coleus relaxes the smooth muscles of the arteries, increases the contractility of the heart and also slows down the heart rate.)

– glaucoma (Some researches have confirmed, although so far only in people without eye disease, that coleus eye drops can significantly decrease eye pressure.)

– cancer (Coleus has an immunomodulatory effect, activating macrophages and lymphocytes. And besides being a potent platelet aggregation inhibitor in non-carcinogenic conditions, it has also been found to inhibit the melanoma-induced platelet aggregation, and tumour colonization. This finding suggests that coleus could be a useful herb in the management of cancer by inhibiting the migration of tumour cells and the subsequent formation of mesatases.)

Herbalists usually recommend 6,000 – 12,000 mg crude herb per day, but the preferable way of taking Coleus is in the form of standardized extract of forskolin: 18-27 mg a day.

Forskolin decreases blood pressure. If you take forskolin with medications for high blood pressure you might increase the risk of hypotension.

Forskolin increases blood flow. If you take forskolin with medications that also increase blood flow you might increase the risk of dizziness and lightheadedness.

Forskolin inhibits blood clotting. If you take forskolin with medications that also inhibit blood clotting you might increase the risk of bruising and bleeding.