Inflammation is one of the most common reactions of the human being to external aggressors and in many cases it is a good reaction. But there are also many cases in which the inflammatory response is exaggerated, in intensity or duration, and therefore the body needs to be told to stop it or at least bring it to a moderate level. Chamomile has been traditionally used for its capacity to tone down the inflammation irrespective of the organ or system affected by it and recent scientific studies have confirmed this use, for which there seems to be responsible a component of chamomile essential oil, namely alpha-bisabolol. 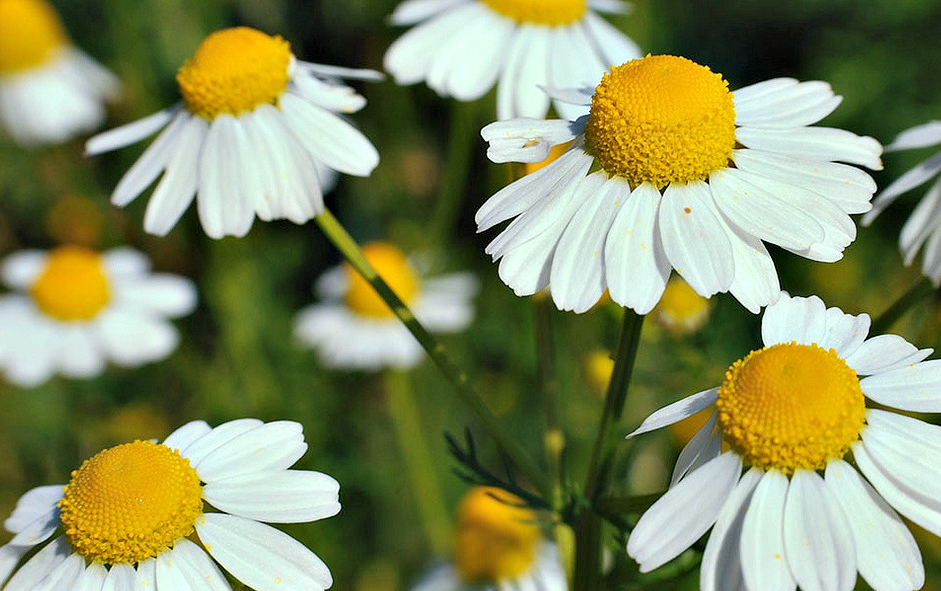 A study published in Life Sciences in 2009 demonstrated the anti-inflammatory effects of chamomile and indicated that “chamomile works by a mechanism of action similar to that attributed to non-steroidal anti-inflammatory drugs”, namely the selective inhibition of inducible cyclooxigenase (COX-2).

A study published in Revista Latino-Americana de Enfermagem in 2011 proved that chamomile may be an alternative for the treatment of phlebitis.

A study published in Journal of Natural Products in 2014 investigated six octulosonic acid derivatives from Roman chamomile and concluded that “anti-inflammatory, hypoglycemic, antiedemic, and antioxidant activities of Roman chamomile could be partly explained as due to the presence of these constituents.”

A study published in Naunyn-Schmiedeberg’s Archives of Pharmacology in 2011 showed that “alpha-bisabolol was able to decrease leukocyte migration, protein extravasations and the amount of TNFalpha […] and reduced neutrophil degranulation […]. We demonstrate, for the first time, the peripheral anti-inflammatory and anti-nociceptive activities of alpha-bisabolol.

A study published in Food and Chemical Toxicology in 2011 demonstrated that alpha-bisabolol exerts an its therapeutic action through inhibiting the lipopolysaccharide-induced inflammatory response in RAW264.7 macrophages.

The results of a study on acute models of dermatitis induced in mouse ear, published in Fitoterapia in 2011, suggested that “alpha-bisabolol may be an topical antiinflammatory and visceral antinociceptive agent.”

Medicinal uses of chamomile based on its anti-inflammatory properties