Whether it is due to bronchitis, chronic or acute, emphysema or an ordinary catarrh, cough is a symptom that will make your days and nights pretty miserable. That’s why you don’t want to waste another minute. And while there are many natural options out there, you should definitely give bitter milkwort a try, as not only it is traditionally praised for its respiratory health benefits, but its expectorant properties have also been confirmed by certain scientific studies. 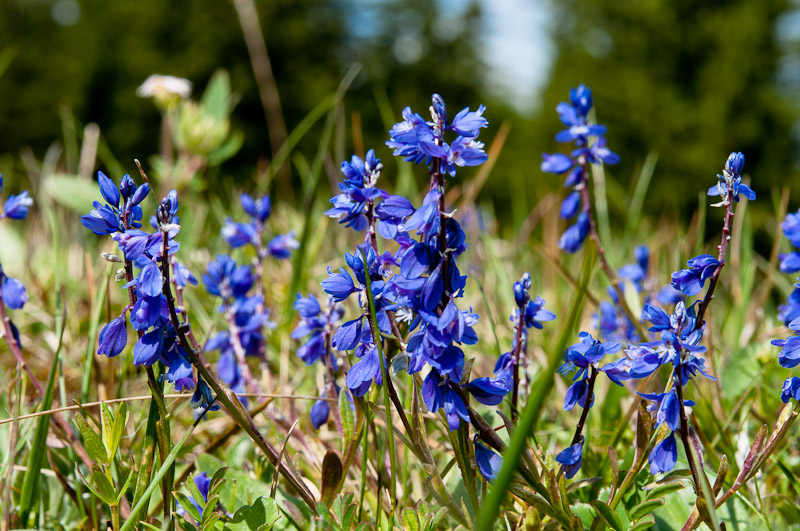 Bitter milkwort (Polygala amara), also known as evergreen snakeroot or european senega snakeroot (not to be confused with seneca snakeroot – Polygala senega, also known as milkwort – a plant with similar properties, but native to central and western North America), is a perennial plant native to the mountains of Germany, Switzerland, France and Austria. Its roots and leaves were used at first for their galactagogue properties, which helped nursing mothers increase their milk production. Now it is mostly used for its bitter tonic, diaphoretic and expectorant properties, which make it efficient for treating various respiratory problems, including convulsive coughs and bronchial asthma.

The expectorant properties of bitter milkwort are due to the presence of saponin glycosides (especially polygalic acid and senegin), which produce a local irritation of the mucous membranes of the upper respiratory tract. This increases the production of bronchial secretions, which dilute the mucus and consequently facilitate its expectoration. The same compounds have also the effect of stimulating the sweat gland, thereby increasing perspiration and making bitter milkwort also efficient for relieving fevers (which often accompany cough in most respiratory problems).

Other uses include stomach, kidney and bladder disorders, amenorrhoea and rheumatism.

For infusion, add 1 teaspoon of dried plant (root and/or aerial parts) in a cup of hot boiled water. Drink 1 cup a day.

For decoction, add 4 tablespoons of dry leaves in ¾ cup of water and boil for at least 15 minutes. Take 1 tablespoon every 3 hours.

In high doses, bitter milkwort is known to cause vomiting and diarrhea (but an extended use in small doses has the opposite effect of relieving chronic diarrhea).

Bitter milkwort should be taken with precaution by those suffering from gastritis or gastric ulcer, as it exacerbates mucosal inflammation in this segment of the gastrointestinal tract. It is also to be avoided in pregnancy, because its effects, though not as strong, are still similar to those of seneca snakeroot, which was commonly used by the Seneca people to induce abortions.