Plants have always been an important part of the worldwide traditional medicine. They have been used ever since the Earth started to be scrutinized by the first people who were searching for treatments for various health problems they have encountered, from colds up to digestive conditions and psychological illnesses. 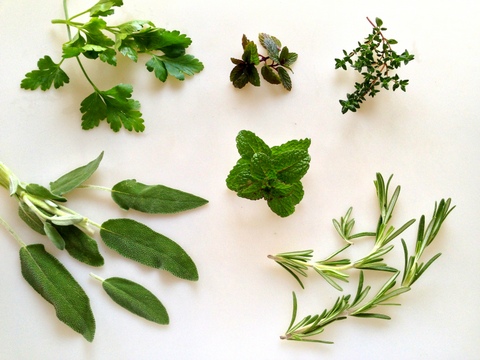 4 medicinal plants from your kitchen

Perhaps, some of you might be surprised to know that many of the plants we often use in our kitchen to flavor our foods also have exceptional healing properties.

We chose 4 types of plants that are considered to be the most powerful in the Chinese traditional medicine and which we can all cultivate, consume or use for healing purposes.

For thousands of years, rosemary has been used by Chinese healers as a cerebral tonic. This flavored plant contains essential oils that stimulate brain’s activity, raising awareness and attention through the effect of an ingredient rosemary contains, named cineol. It is also known to boost both the immune and the digestive systems.

Rosemary tea is a great replacement for the morning coffee. Studies have shown that the simple sniff of the plant can significantly increase memory. Also, it is very often used in flavoring steaks and potatoes.

All of the mint species are considered to be extremely versatile in Chinese medicine. Studies pointed out that the plant increases healthy gastric emissions, relaxes the intestines, calms down the spasms and the stomach and eliminates flatulence. It can turn out to be one’s best friend in today’s society loaded with poor food diets and digestive problems caused by them.

Mint contains a high amount of antioxidants good for human vision and can help cleansing the liver and eliminating toxins from the body. It can be used as a tea – consumed 30 minutes after a meal to help with digestion – or in preparing lemonade, homemade ice cream or other dishes.

It has been used by Chinese healers for centuries to prevent the loss of mental functions, which arises with the aging process. Sage increases the oxygen level in the cerebral cortex and improves the focusing process. It is also of great help in digestion problems and a great remedy, at the same time, for excessive sweating and the improvement of the nervous system. Sage can be used as a condiment or consumed as tea.

Parsley is used in Chinese folklore as a remedy for eye cleaning and liver cool-down. It contains luteolin, a flavonoid that has a protective effect against colon cancer. Some proofs suggest that parsley plays a great role in protecting the eyes from UV radiations in glycation, a process in which sticky sugar molecules are tied to proteins, resulting in the damage of the retina. An ancient traditional recipe aimed to protect the vision is made by mixing parsley, celery and mint juice. Another great aspect about this miracle plant is that it has the power to fight off cancer.