Some people could not live without the sweet taste of caffeine. It is part of our daily ritual and it helps us wake up and energize in an instant. Also, it can be found in numerous beverages and foods such as coffee (obviously!), energy drinks, Coke and chocolate. What many people don’t know is that caffeine is in fact a chemical stimulant and its scientific name is trimethylxanthine. Also, it is pretty much considered a drug, having various properties similar to heroin, cocaine and amphetamines. Despite this “bad” name, caffeine has also been reported to carry various health benefits, so let’s see some of them. 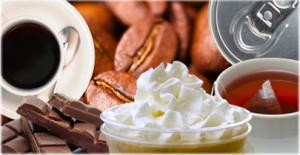 Basically, this is the main property of caffeine and it’s the reason why we consume it. Keep in mind that neither caffeine nor coffee can make you smarter, but they are able of increasing the brain activity and improving the focus. It can also improve people’s memory.

Numerous studies have demonstrated that drinking coffee can prevent type-2 diabetes, Parkinson’s disease and liver disease caused by alcohol. Some of these benefits are due to caffeine, while others are due to the antioxidants in the coffee.

At the same time, one study revealed that people over 65 who drink coffee are less likely to develop dementia or Alzheimer’s as compared to those who don’t consume this beverage. Last, but not least, caffeine has been proven to prevent the development of skin cancer in both women and men.

A research has discovered that people who consume caffeine are 50% less likely to commit suicide. Thus, caffeine acts like an antidepressant because it boost the production of noradrenaline, dopamine and serotonin, linked to overall happiness.

It Acts as a Medicine

Numerous pills, such as analgesics, include caffeine because it boosts the effectiveness of the drugs. Caffeine alone can fight against headaches because it dilates the blood vessels. The studies have shown that caffeine is better than ibuprofen in curing headaches.

Hangover symptoms can also be reduced with painkillers and caffeine and it’s also beneficial for asthma patients as it improves the lung function. Since it is a stimulant, caffeine can also reduce ADHD symptoms.

When consuming caffeine, the thermogenesis (the procedure of burning the food and processing calories) is stimulated, thus leading to fat burn. That’s why numerous fat burning supplements contain caffeine. However, caffeine does not make miracles, so drinking coffee and eating junk food will definitely not help you lose weight. You must also have a healthy diet and exercise a lot.

Sometimes, when you can’t get enough sleep, you try to compensate by drinking coffee or consuming caffeine-based drinks. This substance helps you stay awake and conscious by improving your logical reasoning, attention, vigilance and reaction time. It also blocks the adenosine, the chemical that slows down the neurons. At the same time, caffeine will act like a battery, by immediately charging your body. It has also been proven to boost short-term and endurance athletic performances.