You already know that if you want to be healthy, you have to stay away from fats. But not all fats are bad. Oily fish is one exception to the rule. In fact, it is advised that you add oily fish into your everyday diet. It has been proved that Eskimos who eat mostly oily fish (especially whale) have less-than-average strokes and heart attacks. 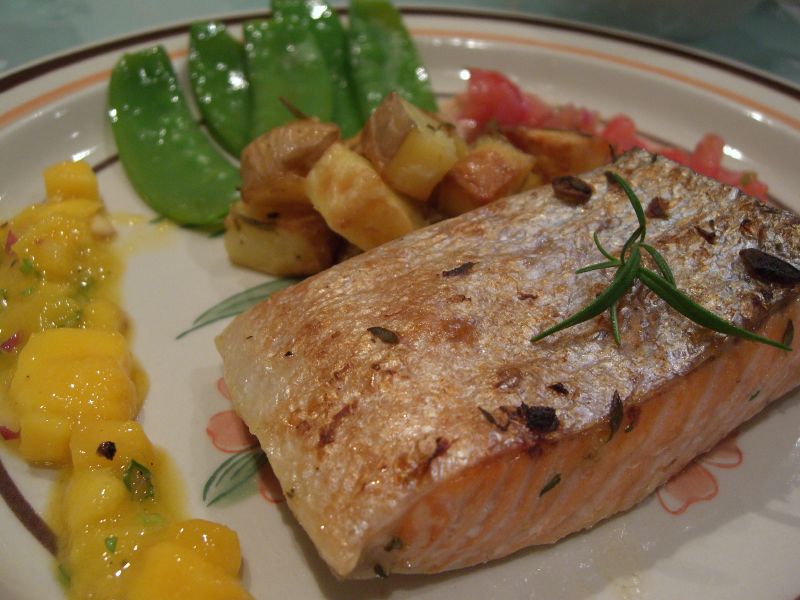 Oily fish has stronger flavors and darker-colored flesh compared to white fish. Also, the flesh is oily, compared to the dry one of the white fish which has the oils concentrated only in the liver. Some of the most popular and best oily fish is trout, salmon, sardines, mackerel, tuna and herring. With so many options, it would be no struggle to include oily fish into your diet.

Why is oily fish good?

The oils in this type of fish are in fact omega-3 fatty acids that have various benefits from memory enhancement to cancer prevention and the reduction in heart disease risk. By consuming oily fish, you can prevent several medical conditions that could endanger your life.

Doctors recommend oily fish to pregnant women in order to avoid birth problems. Omega-3 fatty acids are very important for the healthy development of the fetus, especially the nerve and brain development.

Studies have shown that elderly people with diets rich in omega-3 fatty acids had a lower risk of vision loss.

Omega-3 fatty acids have the ability to inhibit the growth of certain malignant cells without affecting the healthy ones. A diet rich in oily fish will keep you away from developing certain types of cancer (skin, prostate, and oral cancer).

Dementia is a medical condition which causes a decline in the mental functions. Alcoholics are at high risk of developing this disease. Scientists believe that omega-3 fatty acids reduce the death rate of alcohol-exposed brain cells by a whopping 95%. Further studies are needed to see if the omega-3 fatty acids in the oily fish can keep the elderly away from dementia.

Another important benefit of oily fish is that it reduces the risk of cardiovascular disease. Omega-3 fatty acids prevent arteries from being clogged, protect the heart from stress and other harmful factors and keep the blood pressure at normal levels.

How Much Oily Fish Should I Consume?

Four portions of oily fish every week are more than enough to get a good amount of omega-3 fatty acids. Pregnant women should eat only two portions per week, because this type of fish also contains polychlorinated biphenyls and dioxins which have negative effects on the reproductive and immune systems in large amounts.

Trout, salmon, mackerel, tuna, sardines and herring are easily found in markets and supermarkets both fresh and canned. But if you want to benefit from all its amazing properties, make sure you buy it fresh and not canned or dehydrated.