Flaxseeds are extracted from the flax plant, an herb that has been used since the ancient times as medicine and food. Flaxseeds are high in the omega-3 fatty acids called ALA (alpha-linolenic acid) that can fight against arthritis, inflammatory bowel disease and heart disease. Also, they have numerous other antioxidants, minerals and vitamins that are extremely beneficial for various conditions and diseases. 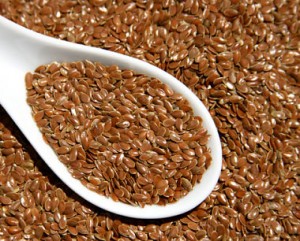 Various studies have shown that consuming flaxseed can help you prevent various types of cancer such as breast, colon and prostate cancers. The omega-3 fatty acids in the flaxseed have the ability to stop the growth of malignant and cancerous cells. Moreover, flaxseeds contain lignans, compounds that have antiangiogenic properties, meaning that they can prevent the formation of new blood vessels because of the tumors.

If you include flaxseeds in your diet you will be able to protect your skin against radiation. These seeds have anti-inflammatory and antioxidant properties and they can prevent radiation pneumonopathy.

Alcohol and fatty dishes are the main causes that lead to liver diseases. If you are a fan of these products, then you can protect your liver by consuming flaxseeds. They contain lignan, a compound that combats the risk factors that could damage your liver. Another option would be to take lignan capsules that you can find at the healthy food stores.

If you want to reduce the risk of stroke or heart attack, you should include foods rich in ALA, nuts, vegetables and fruits in your diet. This regime is also beneficial for those who have already had a stroke or a heart attack. Thus, the omega-3 fatty acids in the flaxseeds are incredibly helpful for those at risk of heart diseases. Not to mention that these little seeds can also decrease the blood pressure.

The daily consumption of flaxseed improves the glycemic control and lowers the blood sugar levels. They are particularly beneficial for the women and men with obesity and pre-diabetes diagnostics.

A study has found that only 40 grams of flaxseed per day can diminish mild menopausal symptoms such as vaginal dryness, mood disturbances and hot flashes. Moreover, it has been proven that flaxseeds can also protect against bone loss and improve the overall health, including the psychological one.

It seems that more and more people are affected by depression and this condition affects their families as well. Doctors are used with prescribing lots of antidepressants, but sometimes these come with terrible side effects. Thus, a Japanese study has shown that a simple and healthy diet can have more beneficial results than the pills. The persons who suffer from depression also have lower eicosapentanoic and docosahexaenoic acids levels. The great news is that these acids are found naturally in flax, walnuts and fish. Thus, if you suffer from depression, don’t hesitate to include flaxseeds in your diet.