A trivial ingredient, used successfully against stomach acidity, baking soda has been promoted during the last few years across several medical sites as a miraculous solution for treating cancer. Although presented as a miraculous cure, sodium bicarbonate not only does not stop the disease, but accelerates its evolution, scientists say. 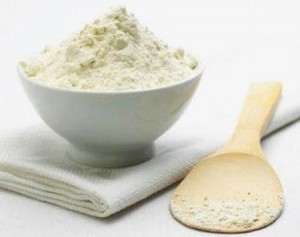 Baking Soda and Lemon Juice for Cancer – A Dangerous Myth

Despite the fact that there are no valid studies on this subject, the treatment is promoted all over the Internet as an effective alternative to painful chemotherapy and conventional cancer medicine. However, U.S. and Netherlands authorities warn that the effects of sodium bicarbonate on a cancer patient can be fatal.

This hypothesis was launched by an italian oncologist doctor named Tullio Simoncini . He argues that all known forms of cancer are caused by the emergence in the human body of a fungus: candida albicans. The idea that cancer can be treated so cheap and easy quickly attracted worldwide attention.

Initially, Dr. Simoncini said that there is an important connection between fungal infections and cancer extension. He realized that the tumor can be practicaly washed with sodium bicarbonate (which is anti-fungal). According to his theory, within a few days of treatment, tumor is completely gone.

Baking soda is administered orally, intravenously, or in an artery supplying blood to the tumor. Sometimes it is administered directly into the lungs through the trachea, when cancer has affected these organs.

Around eight million people die of cancer every year worldwide and research has shown that by 2030 the number will reach 12 million deaths annually. To curb this growth, Dr. Simoncini presented his treatment as a hope in curing cancer and exposed on his website the testimonials of the many patients he had helped to heal.

Many of them gave up painful chemotherapy or surgery and followed the completely invasive and non-painful treatment of Simoncini. A few months later, test results had changed for the better. Dr. Simoncini’s experiments shows that 99% of breast cancers can heal in six days, using only a catheter to wash the tumor with a sodium bicarbonate solution.

Medical studies in U.S. and Netherlands have shown that baking soda administration in cancer patients can have harmful effects rather than healing effects. Moreover, a serious debate on this issue started in 2007, when a 50-year-old woman suffering from breast cancer has been brought to the hospital in Amsterdam and died after a few days. It turned out that Simoncini had treated her with baking soda injections and infusions.

Prosecutors and Dutch Health Inspectorate started investigating this case. Later, the clinic where treatments took place has stopped the proceedings as the experts have found a direct link between the woman’s death and the use of baking soda. Health Dutch Inspectorate issued a public warning stating that baking soda infusion administrated to vulnerable patients is dangerous and ineffective.

Moreover, the treatment has higher risks for patients with cancer, high blood pressure or heart, lung and kidney disease. Body balance can be completely upset when large amounts of sodium bicarbonate are given, which in seriously ill patients can lead to organ damage.

Dutch journalists found that Dr. Tullio Simoncini had no right to practice in Italy.  His right to practice was taken in 2003, and in 2006 he was convicted by an Italian judge for wrongful death, manslaughter and fraud.

Simoncini finds his customers and patients through the internet. Journalists of Italian RAI television (transmission striscia la notizia) were able to film Simoncini with a hidden camera, showing how he treated cancer patients with sodium bicarbonate without adding the Italian VAT tax. A sodium bicarbonate therapy amounted to 7.750 Euro, and a room in his private clinic costs 3.700 Euro.

His method was also popular in the Netherlands, where he fled after his conviction in Italy.

Dr. Simoncini maintains that all tumors contain fungus. But these fungi could not be found at biopsy. There is no study in scientific publications demonstrating that candida albicans and cancer were found in experimental animals. And there is no evidence that baking soda can treat fungal infections.  Sodium bicarbonate can be found in many households as baking powder and is a cheap substance. Sodium bicarbonate is not a registered cancer drug, and is only used in intensive care to combat acidosis.

Many doctors draw attention towards the dangers of this therapy. Simoncini claims that the tumor will decrease and disappear completely in half of the patients treated, but offers no proof and never published scientific data in this regard.